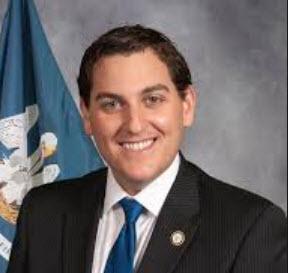 JMC Analytics and Polling has released a new poll in the Louisiana Treasurer's Race hours from the closing time of election qualifying.

The poll was commissioned by an organization named AccountableLouisiana.com.  A search of that website reveals little or no information other than a "tips" link and "donate button". The website domain was initially purchased in April 2016 and updated April 2017.  Whois shows no public information.

The poll was an electronic poll and includes the names of candidate who has not yet filed for the Treasury position and it is uncertain that he will do so, Walt Leger, Democrat Speaker Pro Tem from New Orleans.

According to JMC Polling:

For nearly two decades, John Kennedy (originally elected in 1999 as a Democrat, and almost a decade later he switched to the Republican Party) has served as Louisiana’s State Treasurer. He was recently (in the December 2016 runoff) elected to the U.S. Senate, and a special election is being called in October to fill this vacant position.

This is one of several races that will be on the October 14 ballot, and JMC was engaged to poll this race. Three Republicans (Republican State Senator Neil Riser from Caldwell Parish, former state representative John Schroder from Covington, and former Commissioner of Administration Angele Davis from Baton Rouge) and Democratic attorney Derrick Edwards of New Orleans have announced, and these names (as well as Democratic Speaker Pro Tempore Walt Leger III of New Orleans) were ballot tested. In addition, the poll gauged their name recognition.

The poll can be viewed here, and there are three main takeaways: (1) None of the candidates have an especially high name recognition with the primary election three months away, (2) If the Democratic vote stays united behind a single Democratic candidate, that vote alone would guarantee a November runoff slot for that candidate, and (3) none of the announced Republican candidates have an electoral advantage right now.

Here are the results which show Leger leading but also shows an unknown Derrick Edwards, who ran for US Senate, also leading if Leger were not to run.

Question 6: If the special election for state Treasurer were held today, which candidate would you support? Leger 18% Schroder 8% Riser 7% Davis 6% Undecided 60%

Question 7: If the special election for state Treasurer were held today, which candidate would you support? Edwards 18% Riser 8% Schroder 7% Davis 7% Undecided 60%

The poll indicates that