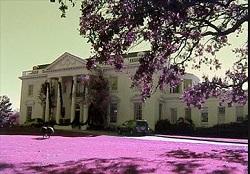 And yet, another poll that shows Democrat Jon Bel Edwards with a large lead.This one by Market Research Insight, as reported in the Advocate, “found that if African-American voter turnout is at 25 percent in the runoff, Edwards leads Vitter 54 percent to 38 percent — a 16-point lead. If the black vote drops to 20 percent, then Edwards still leads by 11 points, 51 percent to Vitter’s 40 percent.”

In many respects, this poll is similar to one released yesterday by JMC Analytics. and that from last week conducted by a democratic organization on behalf of a anti-Vitter group which had Vitter behind by 12 points.
During the primary, MRI appears to have had the most accurate results.

@ATuozzolo The Republicans in the lege are going to start jumping off the Vitter bandwagon. #lagov #lalege #jindal

Jindal says @TedCruz, other GOP rivals "don’t apparently have the smarts or the courage" to offer #ACA alternatives https://t.co/Ln8sNhFMO6

Law firm behind LA Water Coalition puts another $50,000 into its anti-Vitter campaign. Add that to $1.7 million already committed.#LaElect

More in this category: « Edwards, ahead of Vitter by 20? Chat with Pollster John Couvillon of JMC Analytics Louisiana House Republican delegation back Vitter for Governor »
back to top