Drs. Obama and John Roberts served U.S. an Obamacare pig in the poke 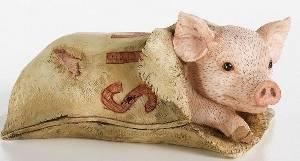 The United States Supreme Court has spoken.  As many people thought the personal mandates contained in Obama Care which require all Americans to buy health insurance by 2014 was held unconstitutional under the Commerce Clause.  But the court, through Chief Justice John Roberts, threw everyone back on their heels declaring the mandate constitutional anyway saying the fee is really a tax; and, since the federal government has the power to tax as it sees fit, the personal mandate is constitutional.  Justice Anthony Kennedy, disagreeing with the majority opinion, spoke from the bench saying that the government structured the mandate as a penalty and not a tax.

In their sales pitch to the American people, President Obama and fellow Democrats declared that the Affordable Care Act did not levy a tax.  In arguments before the Supreme Court, however, the government’s lawyers stated as one of the reasons to uphold the law that the money to be paid was actually a tax.  The President said it was not a tax yet the Supreme Court allowed the government to call it a tax.  So much for honest, straight talk from the President.

Liberals will be very happy with today’s ruling.  It allows a massive new government program to move forward.  More importantly, for those who support expanded government, this decision opens the door for the federal government to engage in even more activism forcing more people to do things the government wants them to do even if they don’t want to do it.

This is a new day for America, a dark day, and puts us right into the European model of a socialist government that does just about everything for almost everyone.  It also puts us on an economic path that will escalate our national debt to a point of absolute no return. The cost of federal health care will be astronomical, and the quality of care will decline.  Bureaucrats will run up the costs.  Politicians will put more and more benefits into the program without paying for it, and this will doom it.  Obama Care will ultimately fail and so will quality health care in America.

The Supreme Court was wrong in its decision.  The federal government has no business telling the American people to buy health insurance or any other product for that matter.  And the court, getting around the constitution by calling the mandate a tax, is simply proof that lawyers (or Supreme Court Justices in this case) can make any seemingly clear document, in this case the Commerce Clause of the U.S.  Constitution, say the exact opposite of what any reasonable person can read and understand.  If the federal government cannot require a person to engage in certain commercial activity by requiring them to pay a fee if they don’t do as the government wants, then the government should not be allowed to require that person to do the same thing by simply calling the fee a tax.

Politically both sides can make political hay out of the ruling.  President Obama can brag that his hallmark piece of legislation has passed constitutional muster.  Mitt Romney can campaign on a pledge to repeal the law if elected, but repeal may be tough to do without commanding majorities of Republicans in both houses of Congress.

So for now the die is cast.  Our economy and our lives will have to adjust to Big Brother running our health care system.  We can only hope that the predictions of just how bad Obama Care will be do not pan out.  Former House Speaker Nancy Pelosi (D-CA) said during the debate over health care that Congress should pass the bill to find out what was in it.  Based on today’s Supreme Court decision, the American people are now the proud owners of a pig in poke.

So, what is your opinion?  Do you agree or disagree with the Supreme Court?  Take the poll below:


Tell us your opinion 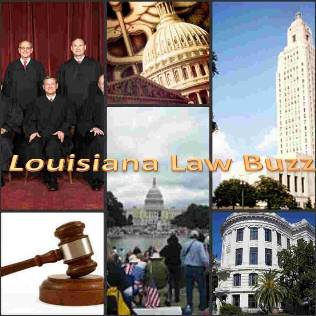 More in this category: « Poll: Supreme Court ruling on Obamacare, do you agree? New Orleans Hornets hope the Anthony Davis, Austin Rivers draft goes down in history »
back to top