Bobby Jindal for VP: The Good, Bad, Pretty and The Ugly 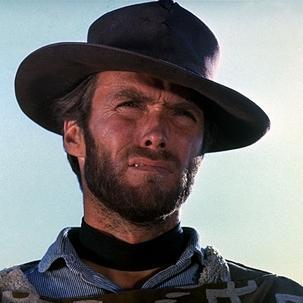 While Louisiana Governor Bobby Jindal indeed has his followers and yes, his critics at home, he appears to fare well nationally.

Other than former Louisiana Democrat U.S. Senator  John Breaux, now retired, who was a frequent face on the national tube, no other Louisiana politician has been as visable.  Even Breaux, probably has been surpassed by the current Governor so far.  Now, that he could be a legitimate  candidate for the VP spot as Mitt Romney's running mate, it's no contest.

In many respects, his fate is tied to what is being said about him in the national media, for better or for worse. That includes in the posts after media stories.

As long as Jindal continues to play a dominant role on the national stage, Bayoubuzz will document who is saying what about him--the good, the bad, the pretty and the ugly.

So, as the theme of the Eastwood movie flows through your head, here's our take for today

Ramesh Ponnuru runs down strengths and weaknesses of each potential Veep and finally arrives at the young governor from Louisiana, Bobby Jindal.

Jindal is the only potential vice-presidential candidate who hits the sweet spot: He is simultaneously a conservative favorite, demographically interesting (he’s a Catholic of Indian ancestry), and a reform-minded, competent governor. Pawlenty and Jindal, then, are the two candidates with the strongest cases.


I think Jindal looks the strongest on paper but the weakest on television, and within the context of a three month race, the latter probably matters more.

(This is Bobby Jindal's very awkward smile, and smiles matter very much in the national political game). 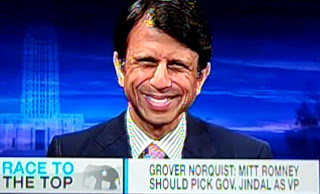 But Ponnuru makes a very good point -- if Romney is going to pick someone boring for Veep, he should do it soon, lest time inflate excitement to unreachable heights.

If Romney picks Kyl, McDonnell, Pawlenty, Portman or Thune -- anyone on this list, that is, but Christie or Jindal -- he should make the announcement soon. None of those guys is going to excite the Republican convention, so there is no point in waiting for it. The longer Romney waits, the more conservatives will speculate about candidates like Rubio and the more many of them will feel let down by a choice that isn’t designed to give them the rush of momentary excitement.

If Romney is going to do something boring, in other words, he should at least do it in a novel way.

Recent Republican history suggests that Romney, who governed as a moderate in a Democratic state, will look to the party's conservative wing for his choice.

The lesson for 2012: Jindal fits squarely into the GOP's historical ticket-balancing trend. With that established, here's a look at some pros and cons for the 41-year-old governor.

Perhaps Jindal's most significant asset as a national player is that he, by most any fair assessment, cannot be easily compartmentalized as just a social conservative (think Rick Santorum or Michele Bachmann) or just a fiscal conservative (think Reps. Paul Ryan or Ron Paul). He has carefully cultivated his bona fides on both fronts.

It's well documented that Jindal is the son of immigrants who was the nation's first elected Indian-American governor.

As symbols go, Louisiana Gov. Bobby Jindal is a doozy: a brilliant policy mind with an inspirational life story who has run an effective government in corruption-tainted Louisiana. He can talk data with Romney and credibly sit at the kitchen tables of the struggling middle class.

The governor contends the federal health law creates a program the nation can ill-afford. He said it fosters a growing sense of dependence on the federal government and isn’t the most effective way to cover the uninsured.

The state’s health department won’t share its data, but others estimate the Medicaid expansion provided in the Affordable Care Act could give health coverage to anywhere from 350,000 to more than 500,000 people in Louisiana.

The price tag from 2014 to 2019 for Louisiana would be $337 million to $536 million, depending on how many people are covered, according to data from the Kaiser Family Foundation, a nonpartisan informational clearinghouse. The federal government would put up $7.3 billion to $8.9 billion during that same time for the Louisiana coverage, under the estimates, more than 94 percent of the cost.

Is that a worthwhile cost for Louisiana? Can it be afforded in a state that recently has been saddled with budget shortfalls?

Those debates haven’t taken place in Louisiana, but Jindal apparently doesn’t think that’s necessary as he touts his stance on the Romney campaign trail.

Send us your articles for future posting at Steve At Bayoubuzz.com

New: Who should be the next U.S. President, Romney or Obama?  Talk about this issue.