Ringside Politics' "Turkey of the Year Award" winner is? 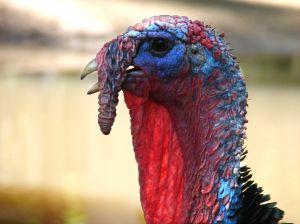 It has been another great year for turkeys, not the fowl variety, but the politicians, celebrities, athletes and entertainers who have engaged in outrageous behavior.

It is always a difficult decision, but for 2013 it has been especially challenging since Americans have been exposed to so many people who qualify for this unflattering award. Nevertheless, after an arduous decision making process, and considering many truly qualified candidates, we have decided to award the 2013 Ringside Politics Turkey of the Year award to U.S. Senator Mitch McConnell (R-KY).

McConnell is the Senate Minority Leader and is known for his anti-Tea Party views. He recently claimed that he wanted to “punch” one Tea Party group “in the nose.” He is upset because the Tea Party and true conservatives want to shake up Capitol Hill. In contrast, McConnell is the poster child for term limits as he has served in the U.S. Senate since 1985 and is running for a sixth term at the age of 71.

McConnell is typical of many disengaged, arrogant politicians who believe that they are indispensable to our nation. One of the many reasons that Washington D. C. is broken is that the politicians who created the problems are still there trying to “fix” it. Our Founders never envisioned a country in which so many politicians make public service into a full time career.

Thankfully, McConnell is being challenged in the GOP primary in Kentucky next year by a Tea Party conservative, Matt Bevin. Hopefully, the voters of Kentucky will realize the wisdom of electing a new, fresh Senator who can bring energetic leadership to their state.

McConnell typifies the old guard; he is comfortable with the politics as usual arrangement that has destroyed our economy and our political climate. Several weeks ago, he was furious at U.S. Senator Ted Cruz (R-TX) for his filibuster targeting Obamacare.

McConnell believes that the filibuster was a misguided attempt to de-fund Obamacare and the resulting shutdown was a disaster. At a recent retreat with big donors and lobbyists at the ritzy Sea Island, GA resort, McConnell vowed to never allow another shutdown. He has declared war on the Tea Party and the Ted Cruz led anti-establishment wing of the U.S. Senate and is seething at Cruz and company for challenging his ineffective leadership tactics. In reality, Cruz exposed the dangers of Obamacare and Americans now see how damaging this “health care reform” will be to our country. Unlike McConnell, Cruz performed a great service to the American people.

In recent days, McConnell did absolutely nothing as Majority Leader Harry Reid (D-NV) pushed through the nuclear option, eliminating the 200+ year history of the filibuster for executive and judicial nominees other than the Supreme Court.

It is time for the Republican Party to fight back against the Obama agenda and take their case directly to the American people. In a recent interview with the Lexington Herald-Leader, McConnell bragged of his record of deal making with Vice President Joe Biden. Unfortunately, this history of compromise and concession only conveys weakness to the American people.

Politicians like Mitch McConnell created our $17 trillion debt and a federal government that is too big and too intrusive. It is time for a new approach as it is the only way to finally solve our ongoing crisis. A good first step is to start defeating politicians like Ringside Turkey of the year Mitch McConnell who continue to feed at the trough.

McConnell had his chance, he failed and now it is time for this turkey to go.

More in this category: « BP Oil Spill: Obama’s Gulf Deep Water Drilling Halt Should Get Out The Way Interior Losses Offshore Drilling Moratorium Rule But Who Wins? »
back to top