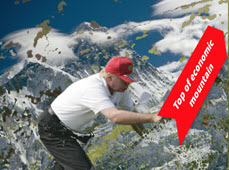 The Mueller investigation may continue for another year or more, casting a cloud of doubt over the Trump administration. Even though Mueller hired Democrat attorneys who contributed to both President Obama and Hillary Clinton, his biased investigation has been blessed by establishment politicians and the media.

Regarding the media, President Trump has faced more hatred from reporters than other politician in American history. Independent researchers have uncovered that over 90% of the media reports about President Trump have been negative.

These negative reports have contributed to the President’s low poll numbers. It is hard for the President to gain traction with the American people when the media is constantly promoting an anti-Trump agenda. However, it will eventually happen because Americans always “vote their pocketbook.” Voters have the good sense to support Presidents who are good for the economy. For example, during his first term, President Ronald Reagan was very successful in growing jobs and creating growth. Not surprisingly, he was rewarded with a historic landslide in 1984.

The same dynamic may occur with President Trump in 2020. During his first year, the stock market has soared, consumer confidence is at a 17 year high, and housing starts rose 3.3% in November, reaching a 10 year high.

Most importantly, there has been strong job growth. Unemployment has decreased to 4.1% while unemployment for Hispanic Americans is at an all-time low and for African Americans; it has reached a 17 year low.

An important component of the job growth has been manufacturing jobs. In the past year, there has been a significant increase of over 170,000 manufacturing jobs. This is a nice contrast to the Obama administration which was toxic to manufacturing job growth. During the Obama administration, there was an increase in lower paying service sector jobs and part-time employment. In addition, millions of Americans became so discouraged that they left the workforce altogether, creating the lowest labor force participation rate since the Jimmy Carter era. Fortunately, under President Trump, these trends are reversing.

In 2018, the good news will continue with the passage of the tax reform legislation. The new tax plan will lower corporate tax rates and give American companies the incentive to repatriate trillions of dollars that are currently being held in foreign countries. Allowing corporations to grow will undoubtedly lead to more employment and spending on beneficial purposes such as new equipment.

For individuals, the personal income tax deduction will double and the overall rates will be lowered. The new bill will also end the individual healthcare insurance mandate instituted under the Obamacare legislation. This will give Americans the freedom to refuse to buy a product they do not want or need.

Finally, the bill will allow ANWR drilling, which will help America become more energy independent and create more manufacturing jobs.  All of these aspects of the tax bill will help create even more growth in a strong economy, which grew at a fast clip of 3.3% in the third quarter of 2017. What is truly impressive about the strong economic growth was that it occurred despite the devastation of several massive hurricanes hitting the mainland of the United States.

This great economic news will slowly but surely boost the President’s approval ratings. Americans will begin to realize Donald Trump’s policies are having a beneficial impact on not only the overall economy, but also on their individual financial situation. These real facts will begin to overcome the “fake news” of the Russian collusion story. In the end, the truth always wins, even in American politics.

More in this category: « Can we keep our Trump, Republican Congress tax reform plan for the rich? Trump, Nikki Haley respond as UN, hostile nations make Goliath mistake over Jerusalem vote »
back to top