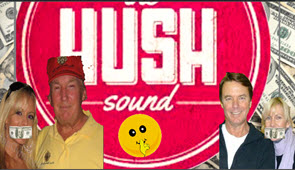 So, what are the parallels, if any between the Edwards and Trump legal controversies?  Are these alleged payments and resulting complaint being made against Trump, in reality, fake news , as Trump inviably contends whenever he is confronted with news he does not like?  Even if the alleged facts are ironclad, will politics intervene, thus preventing an investigation by the two federal agencies involved?

On Wednesday, Ryan and I engaged in a Facebook and Twitter Live discussion about this controversy. Ryan had drafted and filed the complaint with the FEC and the DOJ.  In part one of the interview, Ryan discussed some of the facts and the legal basis for that formal complaint to the federal government. In part two, below, Ryan compares the Edwards case to the current Trump case.

Here is the transcript of part 2 of the interview. Part 3 will be published tomorrow. If you want to watch where part 2 begins, fast-forward scroll to the 8:00 mark which ends at the 17:19 mark.

RYAN: Okay so there's two complaints.  One is to the FEC in the second is the Justice Department. Let's talk about the FEC complaint firs-- I think I've read somewhere that it's one person one expert said that it might be unlikely FEC will take any action

I think that's a fair reading of the political situation now.  And just to be clear when it comes to whether or not any action will be taken by the DOJ or the FEC, I think we're talking about politics first and foremost, we're not talking about merits of the complaint. I think if if we were to discuss solely what the staff at the FEC,the rank-and-file attorneys they're what they would think of this what they will recommend to the Commission, I think they would recommend an iinvestigation here.  I feel pretty confident in that.  But they don't get that investigation unless they get the approval of a minimum of four out of the FEC s currently five usually six commissioners.  The FEC is down one Commissioner now and they need there needs to be an affirmative vote of four commissioners or more to trigger a formal investigation right now the Commission has three Republicans, two Democrats. The three Republicans through their tenure on the Commission have shown little appetite for enforcing the law or conducting investigations.  It's a pretty dysfunctional agency, so, what I suspect is that we will we would see an internal recommendation from career staff lawyers that an investigation be open but quite possibly an insufficient number of votes among the five commissioners to actually start that investigation.  Now at the DOJ, there is likewise highly skilled highly committed career legal staff there--great investigators, great lawyers and I suspect that they would see reason to at the very least to conduct an investigation here.  Then the question becomes are they going to be blocked by the political staff above them within the agency.  If you know at the end of the day, the DOJ is run by Jeff Sessions.  He was a surrogate for the Trump campaign committee, he was one of President Trump's first in most vocal high-profile supporters and obviously he's a cabinet member appointed to his position by President Trump.  So there may be some political blocking that goes on here but again I think the merits of the complaint are strong.  And I don't know if you wanted to get into this during our discussion maybe now or later but some similarities and some differences between this and the prosecution of John Edwards for, you know, so if you want to talk about track record at the DOJ for going after something like this.

The DOJ did get an indictment of then senator Edwards or former senator Edwards for a some activity that occurred when he was running for president in 2008.  The facts of that scenario were the two wealthy friends of John Edwards, supporters of John Edwards, made over $900,000 in payments over the course of many months, six or seven or eight months, at least I think it was--to provide living expense coverage, rent coverage, some travel expense coverages to John Edwards girlfriend who was pregnant with his child, a Miss Hunter and the DOJ got an indictment six counts in the indictment they prosecuted when all the way to trial and the jury acquitted John Edwards of one of those six counts and deadlocked leading to a hung jury on the other five counts.  So when he was acquitted on had to do with payments that, as my understanding as those payments came into this picture after, or right after the time that John Edwards had decided to drop out of the presidential race.  So they are the legal argument is--how can you make a payment to influence an election if the guy isn't running in the election any more.  All of the other counts, the other five counts related to several hundred thousands of dollars of payments that came in the months leading up to the earliest presidential primaries in '08--so there's some similarities there.  What's the big difference?  Why might a prosecution in this case that we have filed a complaint on this week turn out differently?  Well in the john edwards matter, there was zero evidence in the record that Miss Hunter was talking to any major media outlets.  There was no evidence in the record that she was about to go public with her story.  That's severely weakened the DOJ's argument that these payments to Miss Hunter were for the purpose of keeping her quiet to avoid damage to his campaign and instead John Edwards and his lawyers, they put forward another argument that was so credible apparently to the jury--very credible--that he was really trying to keep this affair secret from his wife who was battling cancer at the time.  So some differences, I think the facts in this case with stormy Daniels given the proximity to the election, the fact that she was known to be talking to the press, the fact that the Trump campaign was reeling from the Access Hollywood scandal at the time, I think those facts come together to make this a stronger case than the Edwards matter.

SABLUDOWSKY: Okay if anybody has a question please go ahead and ask the question on Facebook Twitter and I'm looking at the screen to see, to try to get to your question--so theoretically speaking it's possible for say Donald Trump or somebody in his behalf to argue that his motive of whatever motive was to pay assuming that did occur was personal nature just like in terms of the Edwards situation?

RYAN: I would fully like his lawyers to make that argument.  I just don't think it holds up because those are the other facts in the context of this situation in this payment.  I mean the other thing I had I guess I alluded to this, but without actually underscoring it, the fact that this relationship had occurred a decade earlier and there was no payments made to Stormy Daniels in the intervening decades, I suspect them is that Stormy Daniels, Miss Clifford is her actual name, Clifford--and i suspect that Miss Clifford perhaps sense that she had some leverage to finally get paid.  I don't know if she had been attempting previously to get paid, but that she would have some leverage to get some money out of this situation with the with the election rapidly approaching and with the Trump campaign already hurting from Access Hollywood.

So, I mean there are a lot of facts here that distinguish it from the Edwards matter that make this a stronger case make this more look certainly, look appear more likely, this wasn't really personal, this was Donald Trump trying to protect his own election prospects weeks before the general election.

SABLUDOWSKY: Plus there were allegations about at least you know two other say payments to two of the women during this  same time period,am I correct?

RYAN: Yeah I mean I've heard allegations--the thing that really that prompted me to spend my weekend working on this complaint on behalf of Common Cause and its million members is that, on Friday morning of last week, the Wall Street Journal broke the story that they found the paperwork that linked Michael Cohen to this LLC and this hundred thirty thousand dollar payment.  Michael Cohen, Trump's lawyer--he set up the LLC in Delaware, and you know, so the Wall Street Journal was able to track down actual evidence that team Trump set up the LLC and $130,000 payment was made to Stormy Daniels lawyer., Miss Clifford's lawyer.  So those are pretty concrete facts, that's what took this out of the realm of all I've been reading about payments to women related to Donald Trump for  months or years now--here we had some real concrete evidence.

SABLUDOWSKY: Now in terms of the actual proof of the payment, I don't recall any documentation actually coming out to show that a payment was was actually made at this point--it's pretty much hearsay --am I correct?

RYAN: I'm under the understanding that there was--the Wall Street Journal reported that it had evidence of this hundred thirty thousand dollar payment to the LLC set up by Michael Cohen to the lawyer who represented Stormy Daniels--that they do have actual evidence of that hundred thirty thousand dollar payment they reported a date on in which the payment was made, October fifteenth I believe it was of 2016-- so I do think there is evidence of the of the actual payment.

SABLUDOWSKY: Okay but there's no documents at this point in time that I've seen at least a check or anything of that made out to some pseudonym by a faux person, fake person

RYAN: Yeah I don't think, I have, I don't believe that the Wall Street Journal has published their documents--they reported on their evidence that they have evidence, documentation of this LLC and the transfer of funds through the LLC to Stormy Daniels lawyer, but I agree with you, I am like you,I haven't seen canceled check, I haven't seen that documentation--I'm simply trusting the reporting of the Wall Street Journal

SABLUDOWSKY: So they really have their name and reputation on the line on this issue for sure.

SABLUDOWSKY: and it is a Wall Street Journal, I mean it's it's not one of the publication's that Donald Trump generally calls fake news

More in this category: « Would a hush payment to Stormy Daniels by Trump's attorney be a federal violation? Pt. 1 President Trump, friends in perpetual roar war against Secret Society »
back to top