The fruits of the poisonous Trump rhetoric can turn sour 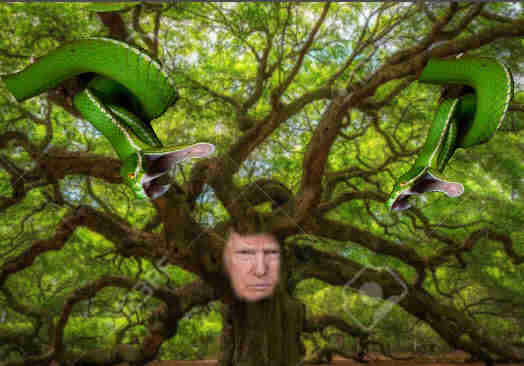 If there’s “fruit of the poisonous tree” tainting the Mueller probe, it comes from a tree planted by president Donald Trump. The phrase is catchy, however, even if it’s completely inapplicable during the course of an investigation. Once a trial, or proceeding, has commenced, and evidence introduced, a defendant, then, may object that any proffered evidence was illegally, or improperly, obtained. Until evidence is introduced admissibility isn’t an issue. It’s no surprise, though, that Trump will say, or do, anything to impede the investigation into Russia that may touch him, personally.

In furtherance of his agenda, Trump attacks the media for reporting that isn’t favorable. He has portrayed it, except for Fox News, as purveyors of deliberate falsehoods and invective, part of a vast conspiracy against him. Trump, also, has inveighed against judges based on race, and other less specific grounds, should they interpret the law in ways that don’t comport with his views. The media and the judiciary aren’t alone; Democrats are “pro-crime” in the president’s parlance.

Due process take the biggest hit under Trump, whose first pardon was of a sheriff who built tent cities in the desert for illegal Hispanics, and then defied court orders to cease and desist from unlawful detentions based on unconstitutional profiling. Look who’s building tent cities in the desert, now, and complaining about fundamental requirements of  due process. A facile claim, based on scant evidence, that southern border Spanish-speaking migrants include animalistic gang members is used to justify questionable treatment of refugees, legitimately, fleeing violence, oppression and injustice.

The president defends the administration’s conduct towards migrants because he’s required, he says, to enforce the law, however lamentable the results. Applying  that logic, federal authorities should immediately arrest every marijuana smoker on similar grounds. In point of fact, the president has the authority to determine, and prioritize, which laws his justice department enforces, and how.

It’s more outrageous, to a number of his supporters, that Trump’s press secretary was refused service at a VA Red Hen restaurant than migrant children were jailed in cages. There’ll  be a price to pay for unquestioning subservience to Trump’s anarchistic whims, and fantastical view of a world that looks, increasingly, more authoritarian by the day. It’s the law of gravity.

Supporters of AZ senator, and Republican presidential candidate, Barry Goldwater, never recovered from embracing his far-right-wing views. When the age of Trump ends, his supporters may find themselves similarly situated. Conservative values matter in American political discourse, but when they’re based on unquestioning devotion to a leader who respects no voice except his own, adherents risk a like shunning.