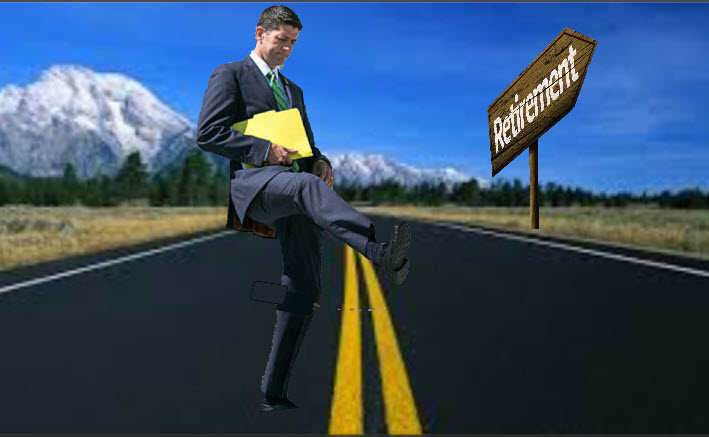 For years the Republican Party has been promising to enact tough border security measures that would stop the flow of illegal immigrants into this country. They have campaigned on funding a border wall, ending “catch and release” policies, putting a halt to chain migration and finally starting to crack down on companies that employ illegal aliens.

Unfortunately, all of these promises were meaningless as the Republicans have done nothing since gaining control of the House after the 2010 election. Clearly, big business benefits from cheap illegal immigrant labor and these interests have pressured GOP leaders like House Speaker Paul Ryan (R-WI) to neglect the wishes of grassroots Republican voters.

The latest missed opportunity occurred yesterday when the House voted on Speaker Ryan’s immigration bill. This bill included amnesty for 2 million illegal aliens and a pathway to citizenship for the so-called “Dreamers.” Not surprisingly, it was strongly supported by the U.S. Chamber of Commerce, but many conservative groups around the country were fervently opposed to the legislation.

The American people did not give Republicans control of the White House and Congress to offer amnesty to millions of illegal immigrants. Sadly, Paul Ryan did not get that message for he was too busy taking orders from his corporate sponsors.

While the Ryan bill had some good provisions like $25 billion in funding for a border wall and an end to the diversity lottery visa program, the amnesty provision was not acceptable to many House conservatives. In addition, the popular border security measures would not have been enacted until after the amnesty was granted, an intolerable delay.

Luckily, 112 House Republicans opposed the bill as it only garnered 121 votes, an embarrassing defeat for Ryan. His bill performed much worse than a bill that was tougher on border security and secured 193 votes last week.  The other bill, named after Congressman Bob Goodlatte (R-VA), would have offered work permits for only 700,000 illegal immigrants, a much better approach than the one Speaker Ryan offered.

After this huge defeat, it is clear that Speaker Ryan is ill-suited to lead the Republican Party into mid-term elections in the fall. He is retiring so he can offer no vision for the party going forward. His pro-amnesty philosophy is out of step with the majority of his House colleagues and the base of the Republican Party.

The GOP needs a leader who is committed to staying and leader the party next year. It is also advisable for the Republicans to choose a Speaker who is a true conservative, not an establishment crony like Paul Ryan.

More in this category: « Democrats pushing Kennedy vacancy to US Supreme Court as major election issue Lapeyre: Trump's deregulation, "tremendous boom" for economy, but tariffs, very risky »
back to top