Liberals badgering Trump team is a bridge over troubled Waters, too far 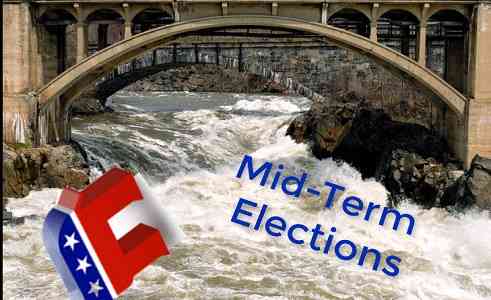 Yesterday, it happened again as Environmental Protection Agency (EPA) Administrator Scott Pruitt was harassed at a restaurant while eating lunch. This is the fifth Trump cabinet member or supporter that has been targeted in recent days. Never before have so many cabinet members of a presidential administration been badgered in public by political opponents

Presidential advisor Stephen Miller was called a “fascist” at a Mexican restaurant. Department of Homeland Security Kirstjen Nielsen was chased out of a restaurant and harassed at her home by protesters. White House Press Secretary Sarah Huckabee Sanders, along with her family and a group of friends, was not allowed to have dinner at the Red Hen restaurant in Lexington, Virginia. Florida Attorney General Pam Bondi was threatened at a movie theater by enraged activists yelling at her while she was trying to buy concessions.

As he was finishing his lunch with a friend, Pruitt was confronted by Kristin Mink, who demanded that Pruitt “resign” because of “what you’re doing to the environment in our country.” Mink was holding her son while scolding Pruitt. She spotted the EPA Administrator several tables away from her at the restaurant and decided to verbally accost him in public.

Last week, Mink was arrested outside the Hart Senate Office Building, protesting the separation of children and parents at the border. Even though, the President issued an Executive Order that ended the practice of keeping the families apart, Mink and others refused to stop the protests.

Presumably, Mink is spending her summer protesting the President and harassing his cabinet members before returning to school in the fall to indoctrinate another class of young liberals.

This revelation is a reminder that our schools are havens for those with a political agenda. Americans should not be surprised that so many young people profess liberal beliefs as most have been exposed to nothing else throughout their years of education.

As the summer progresses and the President continues to score political and foreign policy victories, there will be more protests and harassment from the left. At this point, the Trump haters are becoming unhinged. They are still unable to move past the 2016 election and are still upset that Donald Trump won the presidency.

The militant left is in shock that the economy and the President’s approval numbers are improving. They are apoplectic that the Mueller investigation and other scandals, such as the Stormy Daniels accusations, have not forced the President out of office.

Their public harassment campaign will continue as it has been encouraged by the likes of filmmaker Michael Moore and Congresswoman Maxine Waters (D-CA). It remains to be seen how this will impact the mid-term elections; however, some Democratic Party leaders such as Senate Minority Leader Chuck Schumer (D-NY) are warning against this public intimidation. He has a reason to be concerned as most Americans are very decent people and don’t like seeing vicious protesters harassing people in public.

What has been displayed over the past few weeks represents the worst of American politics. Ironically, the liberal activists leading this effort may find their causes suffer a political defeat this fall as Americans express their disgust with these questionable tactics.

More in this category: « The secret lies of Putin's, Trump's Republicans' anti-Rosenstein, Mueller assaults Trump won't take the 5th (Circuit) judges or US Supreme Court to replace Kennedy »
back to top