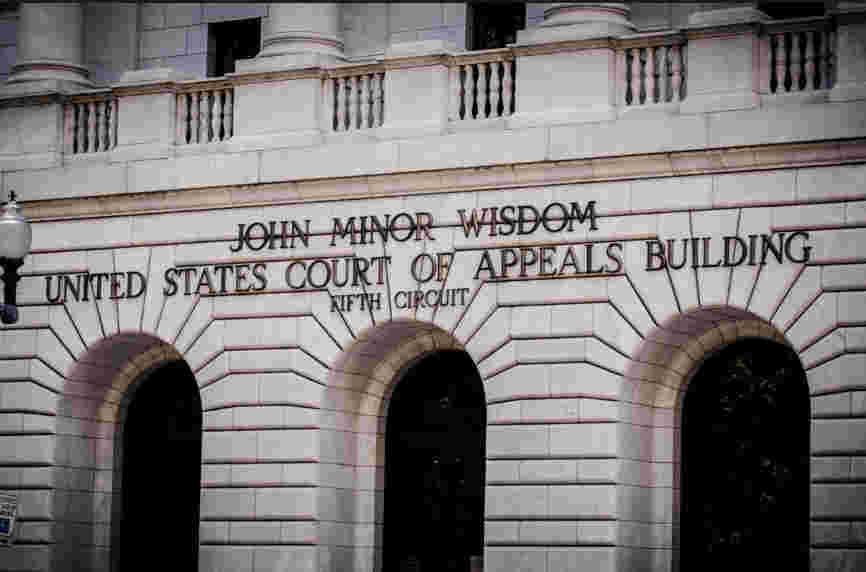 When President Trump was culling down his final list of Supreme Court nominees, one thing was certain - no consideration would be given to any judge sitting in New Orleans on the Fifth Circuit Court of Appeals.

Being a federal court of appeals judge has become almost a prerequisite for ascension to the Supreme Court.  Every judge presently sitting on the Court was elevated from the federal court of appeals system.  So one would think that the Fifth Circuit, located in die-hard Trump country and made up of judges from Louisiana, Mississippi and Texas, would have at least been given a perusal review.  No way, say the close court watchers.  Their qualifications, or lack thereof, speak for themselves.Because the U. S. Supreme Court is hearing fewer cases as each year goes by, the federal court of appeals is the last vestige of hope for any effort to overturn a lower court decision.  Out of more than 10,000 appeals filed last year in the nation’s highest court, only 65 were even considered.  The action is at the court of appeals level.  And hands down, the worst such court in the nation sits right there in New Orleans.

Because the U. S. Supreme Court is hearing fewer cases as each year goes by, the federal court of appeals is the last vestige of hope for any effort to overturn a lower court decision.  Out of more than 10,000 appeals filed last year in the nation’s highest court, only 65 were even considered.  The action is at the court of appeals level.  And hands down, the worst such court in the nation sits right there in New Orleans.

The Fifth Circuit regularly leads all appeals courts throughout the country in its decisions being overturned by the U.S. Supreme Court.  In an exposé of the Fifth Circuit’s rulings, The Times Picayune quoted both justices on the Supreme Court as well as prominent law professors who regularly lambasted verdicts handed down in New Orleans.  University of Houston law professor David Dow said it seems clear that the Supreme Court “has lost confidence in the Fifth Circuit’s handling of capital cases.”  And retired Justice Sandra Day O’Conner was equally blunt in criticizing the Fifth Circuit saying it was “paying lip service to principles of jurisprudence”, and that often the Fifth’s reasoning “has no foundation in the decisions of this court.”

It’s a shame for those who have to deal with the Fifth Circuit that its standing in the system is so soiled, and that the reputation of some of its members have degenerated to the point of such serious criticism.  During the civil rights era, Louisiana federal judges like John Minor Wisdom, J. Skelly Wright and Albert Tate were held in high regard nationally.  Their work was admired and quoted in the nation’s best law schools.  But with such a mediocre judicial crew on the Fifth Circuit today, Louisiana won’t be in the running for one of its own to move up to the nation’s highest court anytime soon.

Federal court watchers have a name for federal judges who lack the scholarship, the temperament, the learning, and who are simply in the wrong occupation. They are called “gray mice.” It seems pretty obvious that the Fifth Circuit is full of such critters.  Unfortunately, there is not much, short of impeachment, that the disciplinary system can do about them.  But the court’s continuing incompetence places one more stain on the reputation of Louisiana.

Federal judges are the only public officials in America who hold their positions for life. No matter how incompetent their actions are on the bench, or how outrageous their decisions, they are, for all practical purposes, immune from any review of what they do. Their power comes from Article III of the United States Constitution, which gives all federal judges lifetime appointments. Removal only happens through an elaborate impeachment process, in which the House of Representatives brings the charges and the Senate conducts the trial of the judge.

As Judge Burton Katz wrote in his criticism of lifetime appointments: “In our 200 plus years as a nation, only a few federal judges have been formally impeached. The impeachment process itself, because it is unwieldy, divisive, and time consuming, is rarely invoked. Hence, federal judges are, frankly speaking, judges for life. Horror stories abound from the darkened chambers of the federal courts. When judges become lifetime appointees, it seems that at times they think they are in lockstep with God.”

This stinging criticism certainly does not apply to a number of hard working and well-meaning judges within the federal system.  But the Fifth Circuit out of New Orleans has set itself up as the poster group for how not to pick federal judges.  Way too many incompetent grey mice in the mix.