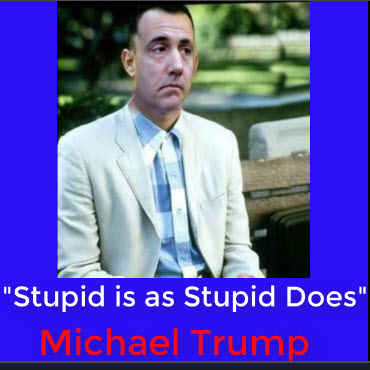 To reinforce the point that Trump’s people are bailing, David Pecker of American Media, publisher of The National Enquirer, was just granted immunity by federal authorities. Given The Enquirer’s reputation for hyperbole, however, prosecutors may find they’ve been as duped by Pecker as the supermarket shoppers who snatch his rag at the till, mistaking creative entertainment for hard news.

Trump is a rich man, a TV star, a bigger than life personality. Those attributes provide a lifestyle of luxury and perks that mere mortals can barely imagine. It’s no secret that the president lives large. It’s his persona, and he trades on it the better to market himself, but there are pitfalls, as l’affaire Cohen the personal attorney demonstrates.

Michael Cohen admitted under oath, during entry of his recent federal guilty pleas, that Trump directed him to buy the silence of his 1998 Playmate of the Year former mistress, and another woman who worked in adult films. In a flash, Russia drew a bye and got sidelined by a more appealing corpus delicti.

It’s ironic Trump is being hobbled for doing what many men dream about, even Jimmy Carter, but the die was cast when Cohen flipped. His consolation prize is getting to be a folk hero to the left, if that counts for anything. In reply to Cohen’s singing talent, the president meekly called the former EVP of the Trump Organization a bad lawyer. The statement is true. Cohen was so inept he couldn’t even properly contract with two women to clam up. For starters, relative to the harm they could do, the amounts Cohen paid each was a bargain at double the price.

If Cohen was smart, he wouldn’t have set up a dummy corporation to funnell the payments. (The source of the money Trump now says he paid, himself, is unclear.) Nor would he have written the most inept, unenforceable, confidentiality agreements imaginable. Designed to hide vulnerabilities, they had just the opposite effect.

Lastly, if smart, Cohen wouldn’t have submitted false and inflated invoices to the Trump Organization for services poorly rendered. That act, alone, opened the TO’s books to investigators. The only thing stupider than keeping Michael Cohen on the payroll for ten years was hiring him in the first place.