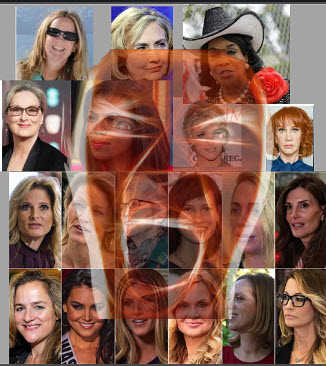 Monday’s Senate Judiciary Committee hearing was set to feature Trump’s Supreme Court nominee, Brett M. Kavanaugh, and Palo Alto University and Stanford professor, Christine Blasey Ford, in examinations of memory, credibility, and teen binge drinking. It’s, probably, not going to happen because Ford has demanded an FBI investigation into allegations that Kavanaugh assaulted her 36 years ago as a condition precedent to her testimony. She’ should to stand her ground since some senators have already found her account wanting before any fact finding.

It’s possible that Ford is a sensitive, an egg-shell plaintiff, but the law is you take the victim as she is, not how you want her to be. Kavanaugh knows this, and it’s his categorical denial of the event that’s at issue, as much as the acts about which Ford has complained. Kavanaugh already is dogged by suspicions of truth-stretching, and alternate fact generation surrounding the fuzzy business about how he got stolen Democratic documents, and assertions he knew nothing about Bush-era torture.

Ford says they’re witnesses she wants to have heard, and has produced probative documentary evidence. Kavanaugh, for his part, says he knows nothing about the alleged assault on Ford, as does the other alleged perpetrator, Mark Judge, who is an eclectic writer-journalist. His works include, A Tremor of Bliss: Sex, Catholicism, and Rock 'n' Roll, ($46.92 from Amazon), and Damn Senators: My Grandfather and the Story of Washington's Only World Series Championship. Judge talked, candidly, about past alcohol abuse in his book, Wasted.

The GOP has threatened to approve Kavanaugh if Ford doesn’t show up, all by her lonesome, on Monday. That would make an already fraught situation a downright tragedy for Republicans. Preface this by saying Trump isn’t to blame for the unforeseeable allegations against Kavanaugh from a time before the judge could shave, but the president can do something about the problem.

Part of successful politics entails use of the strategic retreat and Trump should pull Kavanaugh’s name before, God forbid, something else surfaces that exacerbates the nominee’s growing problem with women.Two-hundred alumnae from Holton-Arms, the private high school Ford attended, have signed a letter supporting her and demanding an investigation, indicating where this is going.

In his prior testimony, Kavanaugh stumbled, stammered, and looked bewildered in many of replies to Sen. Kamala Harris’ straight-forward questions. In some instances, he sounded downright evasive. Imagine what Harris, a fearsome prosecutor, could do with the Georgetown Prep narrative. Kavanaugh won’t emerge unscathed and this leaves Republicans in the tenuous position of betting the farm on a horse with taped legs.

The risk to benefit ratio comes down harshly against the nominee. If Republicans want to stop hemorrhaging women voters they’ll do the right thing, if only for the wrong reasons, and pull Kavanaugh for a pinch hitter. It’s, also, a good time to express continued solidarity with victims.

The Kavanaugh case gives an opportunity to discuss underage drinking, a health threat which often leads to adult alcoholism. Recent CDC stats illuminate the problem: Excessive drinking is responsible for more than 4,300 deaths among underage youth each year, and cost the U.S. $24 billion in economic costs in 2010. It, also, can cost a Supreme Court seat.

More in this category: « Two-faced Hillary Clinton gropes for Kavanaugh confirmation delays with Ford hypocrisies Kavanaugh needs to remind US of Clarence Thomas Electronic Lynching »
back to top