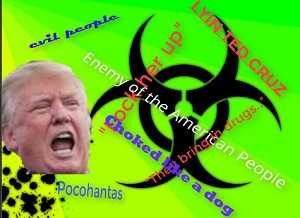 Altruists argue that the country must return to a more civil state in which debate is accompanied by respect. That’s not going to happen so long as Republicans hold all branches of government, including the Supreme Court. Currently, they have no incentive to be polite, and their colossal cowardice in confronting the excesses of the administration cannot be underestimated. It’s typified by the permissive cozying up to our traditional foe, Russia.

It’s fine and good to say not one vote was changed, electronically, by Fancy Bear, or other Russian hacking farms. That may be true, but it ignores the greatest tool Russians used in the last election cycle, image shaping. Beer, automotive, tobacco, pharmaceutical, food, clothing, insurance, personal service, and other companies spend billions and billions to influence consumers. Russia seized on this capitalist strategy to repeat, over and over, real fake news on the Internet without paying a dime.

Seconds after the recent Trump-Kanye oval office meeting, entering those two words in a search engine directed users, at the top of their results, not to an instant replay from CBS, NBC, ABC, even Fox, (or relevant cable affiliates), but to RT news. The Russian government funded outlet should be commended for its quick uptake, but how that happened is the subject of some speculation.

Democrats and the media, except for Trump’s house organ, Fox, aren’t “enemies of the people.” The lies extend to all aspects of Trumpian politics. Refugees do not bring drugs and murderous intent to our shores. They’re people who believed in the promise of America, and the words inscribed at the base of the Statue of Liberty. Interning children is not for their protection, as the administration says, but, rather, as a deterrent to family migration. Wealth is not the sole measure of a man. Perhaps, when the government stops spewing untruths, especially hateful ones, it’ll be viewed better by the majority of Americans.

During the torturous last election, Trump called for locking up his opponent. To cite another outrage he accused a primary opponent’s father of being in on the Kennedy killing. After all his offensive behavior on the campaign trail, Trump could have dialed back the divisive rhetoric and sought a national consensus. He might’ve acted presidential as he promised to do. That, however, wasn’t in the cards. Instead, Trump has worked mightily to divide the nation even more and, one has to wonder, if that isn’t simply in his nature.

More in this category: « Despite media bias, Beto no Obama, Cruz might cruise in Texas US Senate race? Report: Mueller is near to giving Trump probe findings »
back to top