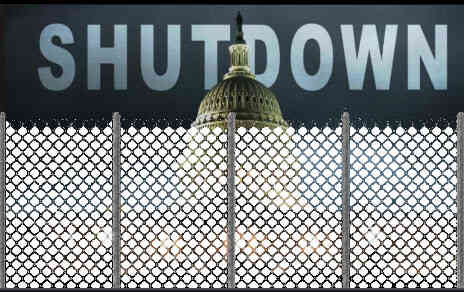 Right now, Congress is in the final days of a lame-duck session. It is imperative that Republicans stand firm to demand the entire $25 billion for the wall. If it is not authorized now, it will never be funded. Starting January 3rd, Democrats take control of the House and Speaker Nancy Pelosi has no interest in funding a border wall.

In fact, Democrats want an open border as they benefit politically from the mass influx of illegal aliens. As more people start taking government benefits, these individuals become indebted to the Democratic Party, which is the guarantor of big bureaucracies. Also, the vast majority of these illegal aliens who become voters will support the Democratic Party. For example, in recent presidential elections, approximately 75% of Hispanic voters supported Democratic candidates.

The results are clear to see throughout the western states of the nation. Democrats have turned California, New Mexico, Nevada and Arizona into blue states in recent years. All of these states were once Republican strongholds, but as the immigration influx has changed the demographics of the states, it has also changed the political affiliation as well.

The Democrats next target is the big prize, the Lone Star state of Texas. If they can turn that red state blue it will be game over for the Republican Party. Without Texas, the GOP will no longer be able to win the presidency and the Democrats will have a lock on the White House.

So, the stakes for the Republican Party are extremely high. Every Republican in Congress should be supporting a border wall to stop the massive flow of illegal aliens into the country. Unfortunately, the party is saddled with establishment leaders like House Speaker Paul Ryan who have no interest in building a border wall or enhancing border security in a meaningful way.

The President must overcome Ryan’s lack of support and use his negotiating skills to achieve adequate border wall funding. While the military is building temporary barbed wire fencing in some areas to stop the incoming caravan invasion, it is nowhere near as effective as a permanent wall.

If the President has to shut down the government to get the necessary funding, he should do it with no hesitation. There is no more important issue for our nation. The influx of illegal aliens is a health threat, a potential national security threat and a definite economic threat.

It is now or never for congressional Republicans to act. Otherwise, the consequences will be dire for both the GOP and, more importantly, the nation.