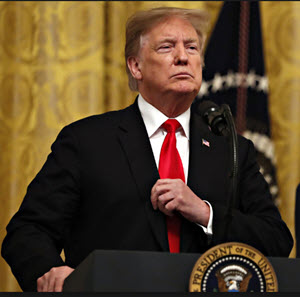 Historically, American college campuses are places where open discussion and debate have been encouraged and welcomed. For generations, these campuses are where the nation’s young people have been allowed to express themselves and challenge authority.

In the 1960’s, the anti-Vietnam War movement found a home on college campuses throughout the country. Unfortunately, in recent years, there has been a movement to stifle free speech, especially the rights of conservatives to express themselves.

In many instances, conservative speakers like Ben Shapiro and Ann Coulter have been uninvited or faced harassment on college campuses. Sadly, our universities are home to “safe spaces” and students must be mindful of “trigger warnings.”

It is easy to see why this disturbing movement has occurred. Most university administrators and professors espouse a liberal point of view. According to a 2016 study by the Econ Journal Watch, liberal professors outnumber their conservative colleagues by a margin of 12-1. In fact, according to research conducted by Mitchell Langbert of the National Association of Scholars, 39% of the colleges sampled have “zero Republicans” on their faculty.

In recent weeks another disturbing episode of conservative harassment occurred at the University of California at Berkeley. On the campus, conservative activist Hayden Williams was peacefully recruiting students for his organization. This was too much for one unhinged liberal thug who started yelling at Williams and eventually struck him several times in the face. Fortunately, the incident was captured on video and the harasser will hopefully be punished for his crime. Nevertheless, the threats and violence are typical of what conservatives face all too often on college campuses.

This obscene abuse may be reduced or eliminated in the future thanks to the executive order protecting free speech on college campuses signed by President Trump yesterday.  The President blasted universities for restricting “free thought” and trying to silence “the voices of great young Americans.”

The President noted that many universities receive “billions of dollars from taxpayers,” but “have become increasingly hostile to free speech and the First Amendment.” He said, “taxpayers should not subsidize anti-First Amendment institutions.” Henceforth, the executive order insures that if these institutions of higher learning want federal research grants, they must “promote free speech, not silence free speech.”

At the signing ceremony, President Trump was joined by student activists from around the country. He promised them that “if a college or university doesn't allow you to speak, we will not give them money. It's very simple.”

Yes, President Trump, it is simple, free speech should be allowed on our college campuses, our social media platforms and at public events. Censorship is un-American as the open expression of ideas and hearty debate should always be encouraged throughout our country. Let’s hope this executive order returns our college campuses to their historic role as places where students can not only learn, but also openly discuss and debate the ideas they are being taught.

More in this category: « When media sought "just the facts" and relied upon "real" intelligence? What will Trump's loyalists stand for when the Mueller Report is revealed? »
back to top