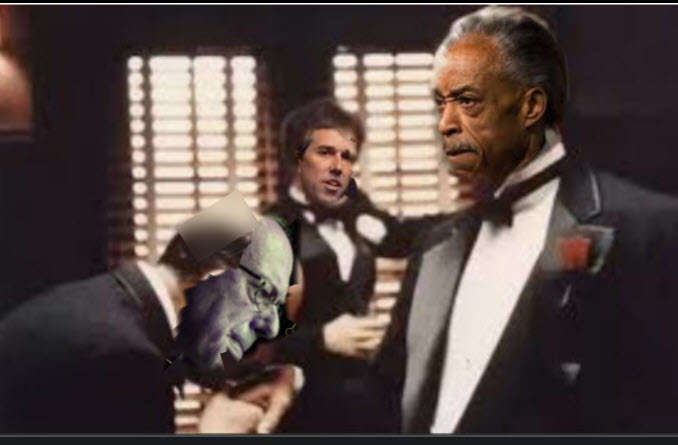 It should surprise no one that in the radicalized Democratic Party of 2019, disgraced Reverend Al Sharpton is a major power-broker. His influence has been on display this week as many of the major Democratic Party presidential candidates attended a convention sponsored by the National Action Network, a “civil rights” organization founded by Sharpton.

The candidates pledged support for the extreme Democratic Party agenda, including such controversial proposals as paying reparations to African Americans as “atonement for slavery.”

It is unclear exactly how Democrats foresee reparations being paid. A bill by U.S. Representative Shelia Jackson Lee (D-TX) calls for “recommendations” on payments along with “an apology” to African Americans. Several of the leading Democratic Party candidates, including U.S. Senator Kamala Harris, “Beto” O’Rourke and U.S. Senator Cory Booker, have endorsed the bill.

It is incredibly sad that Democrats are fixated on the past instead of trying to create a better future for Americans of all races. Obviously, they want to exacerbate racial divisions in a bid to capture a higher percentage of minority voters in the next election.

Before the next election, let’s hope African American voters will examine whether the Democrat elected officials, despite their rhetoric, are enacting policies that actually create better living conditions in the major urban areas of the country. Today, all of the cities with the highest rates of crime and poverty are controlled by Democrats, who cause these problems with their disastrous polices. Instead of accepting responsibility for such catastrophic results, Democrats just blame Republicans and claim they are “racists.”

This current push for reparations is another example of what Democrats always do to generate support at election time. Rather than offer strategies to improve the plight of African Americans such as initiatives that will produce good paying jobs and more opportunity for business growth, Democrats advocate policies like reparations that will create more racial division and economic misfortune for millions of Americans.

What is ironic is that slavery currently does exist in many countries around the world and Democrats seem to have little to no interest in freeing those imprisoned people from oppression. Their only interest is in promoting positions that will enhance their political power, not in actually creating better conditions for people in this country or anywhere around the world.

By advocating destructive policies like reparations and paying homage to a race hustler and scam artist like Reverend Al Sharpton, these leading Democrats are giving all Americans a clear indication of the sickness that is afflicting their party.

More in this category: « Poll: Dems aye'd more on healthcare; Wise Biden; GOP's Mueller ok, fades POLLS: Trump at 56 in Louisiana, 50 Rasmussen, down in key states »
back to top