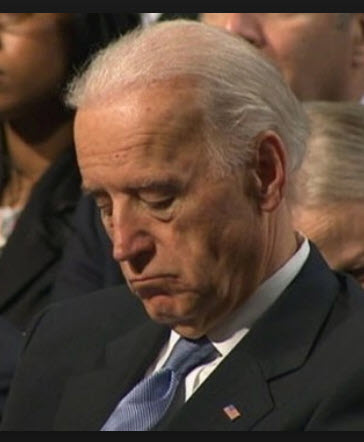 In the 2016 presidential race, all the so-called experts predicted that former Florida Governor Jeb Bush would easily win the GOP nomination and face Hillary Clinton in the general election. The problem with this prediction was that Bush was a horrible candidate who did not appeal to the base of the Republican Party. Voters suffered from “Bush fatigue” and wanted a change.

The person that best represented that change was businessman Donald Trump who vaulted to the lead in the race. Trump did a magnificent job of marginalizing Bush and mocking him as a “low energy” candidate. In the end, Bush never won one primary and did not even make it to the GOP convention with any delegates or support. Sadly, he refused to endorse President Trump, joining the rest of the Bush family.

In the 2020 election, President Trump will be coronated as the GOP presidential nominee. His approval ratings are astronomical among Republicans, registering over 90% support. Among Democrats, there is a wide-open race with 23 candidates, the largest field in history, running for the presidential nomination.

Despite his lead, Biden is facing several problems that could derail his candidacy. He is “pale, male, stale and frail,” so how can he appeal to a Democratic Party looking to support more minorities and women?

In addition, Biden has been on the political scene for almost 50 years and is certainly not the “fresh face” that many progressive activists want to support. He is 76 years old and lacking the energy of President Trump, who nicknamed him “sleepy.”

With so many years as a politician, Biden has a long record that is more centrist than most of the socialist loving activists that are dominating the Democratic Party’s nominating process. He is also going to have to answer for his previous positions on issues such as the 1994 crime bill that many African Americans believe led to the unnecessary imprisonment of non-violent offenders across the country.

In his two unsuccessful presidential races, 1988 and 2008, Biden was a terrible candidate and finished with very little support. In the 1988 campaign, Biden had to withdraw after it was discovered he plagiarized passages from British politician Neil Kinnock. It was also discovered that Biden plagiarized as a law student in the 1960’s when he did not attribute material from a law review article in a paper that he submitted for one of his courses.

In this campaign, Biden has been scheduling few events and drawing weak crowds. At recent events, he has joked about his fondness for inappropriately touching women and young children. Sadly, he has not stopped his routine of being “handsy” with young children. At an event last week, Biden called a 10-year old girl “good looking” and put his hands on her shoulders and possibly sniffed her hair as he moved her over to the back of the room to meet journalists.

While demeanor is “sleepy” and his behavior is “creepy,” Biden’s real problem is that he is a political dinosaur at a time when his party is looking to move in a different direction. He may have a very hard time winning the Democratic Party nomination next year as he faces the same situation that Jeb Bush encountered in 2016.

His one major advantage will be a supportive media that hates President Trump and will try to hide Joe Biden’s many flaws. It remains to be seen whether the Democratic Party electorate will accept this latest version of Joe Biden and forgive him for his political positions of the past. It is another reason why this upcoming presidential race will be both unpredictable and interesting.