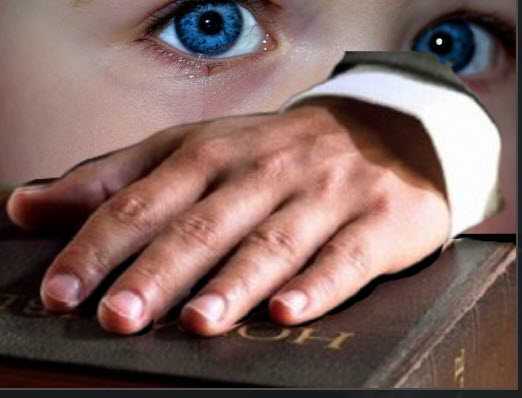 I am aware that Nancy Pelosi and Democrats throughout the nation believe this is the wrong course of action, politically.  They absolutely might be right. But this is not about politics nor about defeating Trump. To me, the issue is finding the truth. Only with truth do we see the rule of law.

The institutions of virtues depend not upon who occupies the White House.  The real soul of our belief systems which actually has made America great, relies not upon what we have, but who we are.

We must find the truth, regardless of future power or influence. The answers are not what we want them to be, but what they actually are.

The Mueller report specifically states that it found no evidence of criminal conspiracy. It also cited the lack of cooperation from key witnesses, destruction of evidence, an inadequate response to written questions. The Special Counsel also cited the sad fact that the President would not testify under oath and thus, in my own words, the investigative body caved in. We did not hear from the most important witness.

The report likewise provided ten specific areas in which the President engaged in behaviors that would be criminal, if proven by a court. Unfortunately, Barr took the position that anything Trump did to combat the allegations were justified, even if he told his employees to do things that would put the average person in the federal pen for years.

What we saw this spring was a mockery by Trump, the GOP and Attorney General Barr. Trump, Senate Judiciary Chairman Lindsey Graham took the position that case was closed. Then, the administration claimed that Congress did not have the right to ask for documents or testimony against the president because it possessed no oversight rights of the executive branch.  As a result, as these refusals to cooperate with Congress mount, the courts are jammed. The White House wants no further information to be revealed ever and especially, before election day.   Trump has adamantly imposed executive privilege over anything and everybody that walks and talks.  While the Trump political train moves rapidly across the fruited plain, the Congressional investigation caboose has basically come to a virtual halt.

The only wall that Trump has built so far is a wall of stone surrounding information involving key issues that the public must acquire now rather than later.  Obviously,  the House Judiciary Committee adamantly believes that by  taking the action it took yesterday, while somewhat symbolic, provides them much  greater legal access to testimony, witnesses and documents.

For this reason, given the Trump-Barr stonewall of information, the necessity to obtain truth must proceed.

Many argue, mistakenly, that there are no issues of fact that are left unresolved by the Mueller report, therefore, the proceeding is just to reverse the 2016 election.  Yet, in the same breath, they argue that the battlefield should be the voting booth, not the congressional hearing rooms.

The problem with that argument is very clear. There  are substantial issues unresolved that the Mueller report did not answer and that the Barr Judiciary has abandoned.  Weeks ago, we discovered that certain cases involving Trump and Michael Cohen were mysteriously terminated. Whether Barr’s fingerprints are on this decision, we don’t know.

In fact, there are more things we don’t know the answers to than those that we do.  For the sake of our country’s faith in the criminal justice system in many of our sacred institution, there are just too many unresolved issues that require closure.  Here are just a few that now cross my mind:

Unfortunately, we hear from Trump and his motley crew of enablers that this is a waste of money, a waste of time, that people should decide the issue when they vote.  Yet, they have no problems with the costs and time investments into the FBI and DOJ ordered by Barr.  I want that investigation to continue because we need the truth. But we need the truth about everything and everybody, even if there were no relevant upcoming election.

Investigations and elections did not worry Trump and his loyalists in 2016.  They pleaded for a favorable federal investigation of Hillary Clinton.  Trump himself appeared to incur spasms of euphoria when James Comey opened an investigation only  two weeks before election day.  If investigations were so appropriate then, why now are they so political? Because this one involves the President?

This country needs the truth. It is not getting it due to the colossal roadblocks planted by Graham, the Republican Congress, the president’s s ardents and others.  The information flow of information being delayed by the courts must be expedited. To borrow a phrase, Information delayed, is information denied.

If for any reason at all, the voting public should know whether the many charges against the President have merit, just as the public must know if the Obama White House did anything inappropriate that launched the federal investigation of Trump in the first place.

If Trump and Barr want to open up the records and information without playing legal games such as executive privilege, then, voters would then have access to the important information.  Without it, Democrats will make unproven allegations.  Team Trump  and the Fox News sycophants will deny them, claim no proof and scream FAKE NEWS.  Maybe it is. Americans have a right to know the facts before they vote.

Trump claims everything is fake news and his chorus chimes so.  Yet, serious administration legal, criminal and ethical concerns continue.   These are not controversies manufactured by the media or the president’s opponents. These are due to the President’s own actions.

America deserves answers about the Obama White House’s involvement in the federal probe before we vote.  We absolutely need the same involving our Commander in Chief seeking his vote of confidence, a second term.  The nation’s laws and vital institutions require respect. The rule of law must stand whenever and wherever it is violated.

We need testimony, documents and information to ensure the rule of law is satisfied if and whenever justice calls. The country needs truth to really make our country great.  We will not and cannot get it, when facts are so systematically and institutionally hidden..