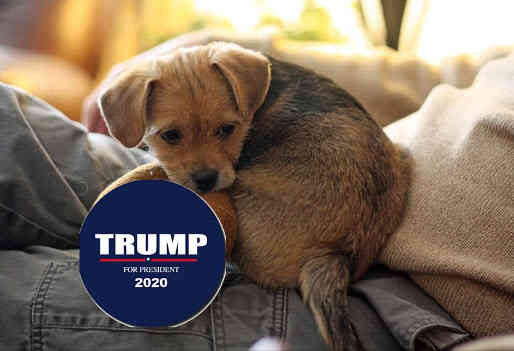 "“Sadly, the country spent over three years and $40 million taxpayer on these investigations, It is now clear the investigation was populated by many Trump haters who had their own agenda — to try and take down a duly elected president of the United States." Corey Lewandowski September 18.

Much has been written and is being said already regarding the quite contentious and controversy Corey Lewandowski hearing in the House Judiciary Committee on Tuesdasy. Below is a slightly-edited version of my Facebook post from earlier this morning. Allow me to repost here:

I felt that the hearing yesterday was a major breakthrough for the Democrats. While they did not necessarily get anything new from Lewandowski that was not in the Mueller Report, they did do three things:

1. Confirmed that the president did try to use Lewandowski to stop the investigation of him and did try to get Sessions to unrecuse himself; This absolutely met the elements of obstruction of justice whether or not Lewandowski followed through or not. The very fact that Trump dictated exactly what he wanted Sessions to say is astounding. The fact that Trump chose Lewandowski showed his "guilty mind" for he opted to go outside of his administration to engage in this secretive and cryptic endeavor. If Trump felt there was nothing wrong or even perceived to be wrong, he would have communicated directly with Sessions and order him to do what he dictated to Lewandowski. In my opinion, this is classic obstruction.

It is very importat to remember thaat the vast majority of the voting public have not read the Mueller report and have no clue that any of this took place. Now it is public, on the record and whether used in impeachment or during elections 2020, this is NOT helpful to Trump.

2. It showed the public the extent that Trump, his lieutenants, such as Lewandowski and the GOP Congress and the party leaders, are willing to do to enable and coverup. It is beyond rational that a president would claim executive privilege over a private citizen's conversation with him. This opens the door for any future president to simply call any private citizen to do something illegal and then declare privilege.

3. The testimony showed that Lewandowski lied to the media but more importantly, to the public. What he said under oath was he has no obligation to the media to be truthful. If this sounds familiar, it should be. Trump said the same thing when facts emerged that he was  lying about his involvement in covering up his son's nnow infamous, Trump Tower meeting.

Ironically, Lewandowski and Trump claim the media is FAKE.  Let's get something clear--lying to the New York Times or MSNBC would be no different than Biden theoretically lying to Fox News. It is the public that is being manipulated, not the media. It is the public that Trump and Lewandowski lied to. The very fact that Lewandowski, the Trump administration and the GOP leaders and Congress are taking victory laps such as those quoted above, regarding what they think iis a "win" yesterday, shows me, just how corrupt these people are.

More in this category: « Take the Yang "bang-for-the buck" give-away Democratic Party challenge Extremists use kids as climate change alarmists »
back to top