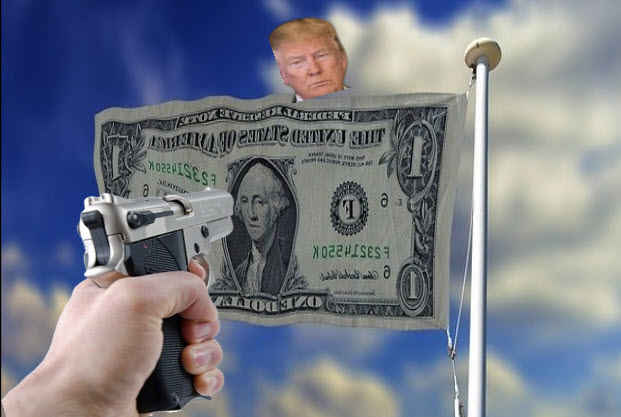 After several months of non-stop media hysteria, Americans are finally getting sick and tired of hearing about the dangers of Covid-19 and reminded about the precautions they must make. It is getting nauseating for every news program and a growing number of commercials to obsess about the coronavirus.

Of course, Americans are concerned about the disease and want to be safe, but full safety can never be guaranteed. There will always be killer diseases that can impact Americans. This has been the case since our country was founded 244 years ago.

What is particularly devastating in this case is that the economy was shutdown. This has never happened before, even though America has faced pandemics in 1918, 1957, 1968 and 2009.

This shutdown has lasted 30 days, and it shows signs of continuing for a much longer period, at least in some states. The job loss has been horrific as over 22 million Americans have been forced out of work.

The negative impact has spurred protests in states such as North Carolina, Michigan, and Kentucky. There is also an event planned in Baton Rouge, Louisiana tomorrow at the state capitol.

In each state, Democratic Party Governors have gone too far in pushing their mandates on their citizens. For example, the Michigan Governor, Gretchen Whitmer told residents they could not visit friends, travel to a second home or shop for items such as gardening supplies or paint. Other Governors have shut down religious services and even arrested individuals practicing their faith.

None of these executive actions are legal and all of them are in direct opposition to the U.S. Constitution. No Governor has the right to abridge 1st Amendment rights to assemble or observe their religious faith. Unfortunately, these directives are continuing with increased frequency. As the country starts to show some signs of improvement, the governmental decrees become more draconian. Thus, it is no surprise that some Governors, including New York Governor Andrew Cuomo, have ordered that all residents of their states must wear a mask unless they are practicing “social distancing.”

Sadly, life in our country may never be the same. Some health experts like Dr. Anthony Fauci, who is the Director of the National Institute of Allergy and Infectious Diseases, want to end customary greetings like handshakes. They also claim that it is too dangerous for fans to attend sporting events. So, if these events continue it will only be played in front of empty stadiums.

It is amazing that Americans have accepted these types of measures and this severe economic shutdown for the past month. In fact, it may last much longer. Some Democratic Party leaders, such as New Orleans Mayor LaToya Cantrell and New York Governor Andrew Cuomo have already announced the shutdown will be extended until at least May 16.

Mayor Cantrell has also recommended that all 2020 events be cancelled. So, it was no surprise that the Essence Festival and the Jazz and Heritage Festival have abandoned plans for an event in 2020.

The damage from all these actions are incalculable. The economy is in a freefall and may not recover for years. So, it is imperative that the economy be reopened as soon as possible. Unfortunately, as the country may have finally reached the peak of coronavirus victims and there are promising signs of this pandemic starting to subside somewhat, Democratic politicians, the media and health officials are warning of a “second wave.” This is now the new buzz phrase to distract and worry Americans.

The real goal of this hype is to frighten Americans into accepting extreme measures that include “social distancing,” staying at home, wearing masks, and abandoning their jobs. Too many in government and the media seem to want the shutdown to continue indefinitely.

Such an indefinite shutdown will create more problems than the coronavirus. There will be an untold number of suicides, mental health problems, domestic violence episodes, and serious health problems caused by stress, anxiety, and sleep disorders impacting millions of Americans worried about the future.

The real culprit for this disaster is the communist government of China. They obviously lied about the origins, spread and severity of the disease. Instead of focusing on the real cause, Democrats and their friends in the media want to target President Donald Trump. Their goal is to create a poor economy that will last through the election and lead to the President’s defeat.

Thus, the motivation seems clear why Democrats oppose replenishing funds for a program to loan money to small businesses in need. The money has already been depleted and small businesses are in desperate need of help.

The more protracted this tragedy becomes, the more advantageous it becomes for Democrats. In the short run, the economy will sour, and the blame will be placed on the President. In the long run, Americans will become more dependent on the federal government, the private sector will contract, and the public sector will become even more important. Thus, unless we reopen our economy soon, socialism will prevail, and this country may never recover.

More in this category: « President Trump bucks all Coronavirus blame, points elsewhere, always Coronavirus false alarms are ringing, Hi-Ho, it's back to work we go »
back to top