Depression is contagious; America, put these men to work Featured 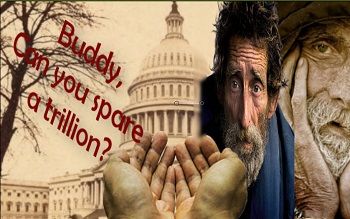 The statistics are truly breathtaking. Since the shutdown began, the nation has lost 26.5 million jobs. Some experts believe that the current unemployment rate is approximately 20%, approaching the all-time high of 24.9% at the height of the Great Depression in 1933.

Some health experts are arguing that the country cannot open the economy until there are almost no more Covid-19 cases. This type of argument is patently ridiculous. U.S. Senator John Kennedy (R-LA) noted that such a strategy will lead to the collapse of the economy. According to Kennedy, “I wish we could do that, but we will have burned down the village to save it.”

We cannot afford to wait any longer. This experiment has already been too costly. The United States has never closed the economy before, even during the pandemics of 1918, 1957, 1968, or 2009. It is never a good strategy to throw people out of work, give them government checks, and then try to restart the economy on a limited basis months later. There is no historical precedent for such a strategy to succeed, certainly not on a short-term basis.

In response to the Covid-19 pandemic, there have been four stimulus packages already approved by Congress and signed into law by President Donald Trump. These packages have cost over $2.8 trillion, boosting a federal debt that has already increased by $5 trillion during the Trump administration.

In the view of U.S. Senator Rand Paul (R-KY), these actions bring the United States “closer and closer to a point of no return, a point at which the world loses confidence in the dollar. A point at which our debt becomes an existential threat to our security.” He said, “No amount of money, not all the money in China, will save us from ourselves. Our only hope of rescuing this great country is to reopen the economy.”

Of course, Senator Paul is correct. If we do not reopen the economy, we will face an economic Armageddon like the Great Depression. Even Senate Majority Leader Mitch McConnell (R-KY) understands this reality, “Unless we get our economy up and running again there is not any way, we can spend enough to continue to prop up the country.”

President Trump claimed that the new relief package he signed on Friday will be “great for small businesses.” The reality is that a government handout is not “great,” but a necessary payment to allow many of these small businesses to remain open. True relief will not come until the economy is reopened and Americans can return to some semblance of normalcy.

More in this category: « Rally around the economic lag, Louisiana and New Orleans must open up Tara Reade claim reveals a Trump, Biden pandemic of #Notme apologists denials »
back to top