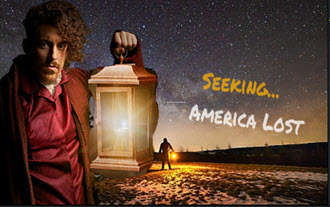 The United States of America will never be the same, it will be a much worse place to live and work.  Amid a three-month pandemic, there has been a three-week cultural revolution, ignited by the brutal death of African American George Floyd in Minneapolis, that has changed our country forever.

Our country is a great experiment, a diverse nation of 50 states united by a founding document that enshrines God-given rights that people in other countries can only dream of realizing. The United States has become not only the world’s only superpower but also a country that has been a beacon of hope and freedom to the world.

Unfortunately, evil forces are succeeding in permanently changing our great country. It was difficult enough for the nation to withstand its first national economic shutdown, but the troubles were multiplied when the nation witnessed the gruesome killing of George Floyd by a Minneapolis police officer.

Floyd’s death was captured on video and it sparked nationwide protests. The peaceful marchers were soon overwhelmed by looters and rioters who wanted to burn and steal. Mayhem was encouraged across the nation as liberal media outlets celebrated the demonstrations as a justifiable outpouring of anger after Floyd’s death.

The results were catastrophic as thousands of businesses were burned, looted, and destroyed. In Minneapolis, the carnage was breathtaking as 360 businesses were damaged or destroyed by an uncontrollable throng of criminals.

Sadly, in many cities, the police were backing off, stung by accusations of police brutality and racism. The National Guard had to be deployed in 23 states to quell the violence.

According to the U.S. Attorney General, the demonstrators were supported by the radical extremist group, Antifa, along with other leftist organizations. The U.S. Department of Justice is investigating how the demonstrations could multiply so quickly across the country. There is plenty to investigate, such as mysterious busloads of demonstrators being driven to protest sites. Also, there are conflicting reports about pallets of bricks oddly appearing in downtown areas.

Tragically, the victims of the madness were often African Americans. Dozens of people were seriously injured or killed by the rioters. For example, an African American St. Louis security guard and retired police captain, David Dorn, was killed outside of the pawnshop he was trying to protect.

While Floyd was remembered with multiple funerals and worldwide expressions of grief, Dorn and other victims of the rioters have been practically ignored.

The political left is following the maxim “never let a good crisis go to waste.” The attacks on businesses and innocent people have also developed into regular attacks on police officers. The battle cry of many of these protesters is to “defund the police.”

Such a policy would be total lunacy. While some police officers are racist or unstable and need to be removed from their departments, the vast majority do a tremendous job of protecting and serving the public. We need to properly pay and honor our police officers instead of attacking them.

A country without “law and order” is a country that will soon disintegrate. This is exactly the goal of some of the radical left protesters. The group, Chaz, occupying a six-block area of Seattle has a list of 19 demands including the release of prisoners and the abolishment of police officers. Instead of removing these anarchists from her city, the Mayor of Seattle views the protesters as patriots who are having a fun party.

The radical left not only wants the police to be disbanded and defunded, but they also want all monuments to “white supremacy” destroyed. Thus, mobs across the country have spent the past three weeks pulling down monuments to Christopher Columbus, confederate generals, and any individuals deemed to be offensive in any way. No police are stopping these hooligans, who should all be arrested for the destruction of property.

This cultural jihad is extending to the universities where professors who do not parrot the correct talking points on these protests and the demands of the Black Lives Matter movement are being targeted, suspended, and fired.

Almost 300 companies, including Amazon, have expressed their support for Black Lives Matter. Any Americans objecting or even saying “All Lives Matter” face the wrath of the mob. The victims include a Sacramento Kings broadcaster who was fired for such a tweet and a New Orleans Mardi Gras captain who is facing the total desertion of her krewe membership for daring to show support for “All Lives Matter.”

The mob has also succeeded in forcing the cancellation of two popular television shows, Cops and Live PD. Supposedly, the programs glorified police officers too much. Even more ominously, the Academy Award-winning classic, Gone With the Wind, voted the most favorite American movie of all-time, has been removed from the film catalog at HBO Max. The censors at the network are busy crafting suitable language condemning the racism of the movie. Once that is finished, the movie will be returned to the airwaves, but this time with a disclaimer that will air before the movie begins so that audiences can be properly educated.

What is next America? It could be book burning or other draconian attempts to squelch free speech or free expression. In America today, only groupthink is allowed and anyone daring to have an opposing point of view will be ostracized, fired and it is not unimaginable to think, one day, imprisoned.

This is not America, the country we have today is becoming hell.