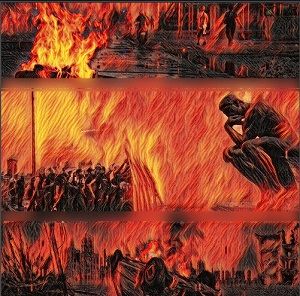 Usually, a President that delivered seven million new jobs and a historically low unemployment rate can run for re-election on his economic program. Unfortunately, the Covid-19 pandemic destroyed the economy. Thus, President Trump’s masterful stewardship of the economy is no longer apparent as Americans struggle to deal with economic lockdowns, virus mandates, and high unemployment.

As the nation returns to lockdown mode again with an increase in virus numbers, economic progress will be curtailed. This issue is no longer the President’s best way to win re-election.

With his response to Covid-19 being continually pummeled by the media, polls show the American people are giving the President poor grades. In fact, polls consistently show the President running behind former Vice President Joe Biden, the presumptive Democratic Party presidential nominee.

How can President Trump change the narrative? He made one good move by shaking up his campaign staff. However, the real answer involves making law and order the central issue of his re-election.

Americans do not like to see lawlessness on their streets; however, that has been the situation across the country since the killing of an African American, George Floyd, by a white Minneapolis police officer on May 25.

For almost two months, our nation has been embroiled in unprecedented turmoil. The street violence in major American cities is worse than anything experienced in the anti-Vietnam War protests of the late 1960’s.

It is especially disturbing that the number of attacks against law enforcement have skyrocketed. This has been coupled by ludicrous efforts to disband or defund police departments. In cities such as Seattle, Minneapolis and New York, police officers have been given extraordinarily little support by mayoral administrations.

There has been a disturbing attitude of hostility toward police departments. As the working environment for police officers deteriorates, police officers have started to retreat from danger zones, and many are just leaving the profession and retiring from their departments.

It is no surprise that the morale of police officers has become incredibly low. In this environment, it will become nearly impossible to recruit new police officers.

Every day, Americans see images of protesters attacking police officers. One recent attack was particularly egregious. In New York City, protesters near the approach to the Brooklyn Bridge attacked police officers, severely injuring several of them. One of the attackers used a cane to pummel a police officer. Incredibly, the alleged assailants were quickly released from jail with no bail.

In recent weeks, New York City has seen a sharp increase in crime. Part of the problem is that the police department is not allowed to fight back against the criminals. The police departments’ plainclothes division, which focused on anti-crime measures, was disbanded. To make matters worse, $1 billion was stripped away from the NYPD and given to social programs that focus on youngsters.

The new strategy will be doomed to failure. A similar strategy was developed in New Orleans to withhold funding for new classes of police recruits and to fund a variety of social programs called “NOLA for Life.” The lack of police officers led to crime response times soaring and more crimes going unsolved. New York will experience similar problems and crime will only increase.

Other major American cities have experienced enormous increases in crime. Citizens in Chicago must deal with a multitude of shootings and murders every weekend. The victims have included young children. At a news conference this week, the President’s Press Secretary Kayleigh McEnany called Chicago Mayor Lori Lightfoot a “derelict” for not protecting her citizens. Lightfoot fired back, calling McEnany a “Karen.” This egregious name-calling will not be able to obscure the Mayor’s failure to provide basic security to the people of Chicago.

On American streets, criminals are not just attacking innocent children and police officers. Criminals are also destroying historic monuments and Catholic statues, as well as defacing churches and businesses. The goal is to use the street chaos along with the Covid-19 hysteria to make Americans uncomfortable with voting and accept mail-in ballots in November.

The Democrats are using every possible tactic to encourage Americans to turn against President Trump. Simply, his strategy should be to focus on the issue of law and order and frame the presidential choice as one between lawlessness and total pandemonium.

These efforts were bolstered this week when the President received the endorsement of the National Association of Police Officers (NAPO), which represents 241,000 members. These officers voted for President Trump by a whopping two-thirds margin. In 2008 and 2012, the NAPO endorsed the Barack Obama and Joe Biden ticket, so the switch to President Trump was incredibly significant.

For this endorsement, Biden did not even address the group. He knows that he has extremely limited support from police in this election. Not only has he claimed that he would “absolutely” support withdrawing funding from police, but he also called them “the enemy.” In a July 8 online interview, Biden said, “The last thing you need is an up-armored Humvee coming into a neighborhood: it's like the military invading. They don't know anybody; they become the enemy; they’re supposed to be protecting these people.”

Sadly, Biden does not appreciate that every day, police officers risk their lives to “protect and serve” the American people. They perform thankless jobs for little pay but undergo tremendous abuse and scrutiny.

On this issue, President Trump can win the election. Most Americans support their police officers and want law and order. Biden is out of step with most Americans on an important issue. The only candidate who will restore law and order to America is President Donald Trump. If Americans come to fully understand this issue, he will win re-election in November.