The Woke World of Sports out-Trumps business as usual Featured 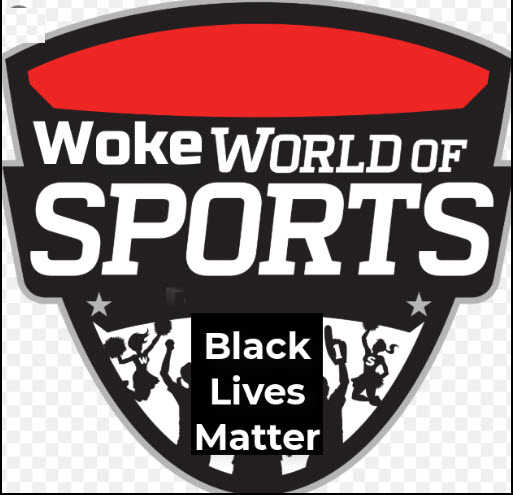 the controversial aims of the organization.

The woke social justice warriors also control Hollywood, the media, most politicians, and the entire world of professional sports. On the opening night of Major League Soccer, players wore BLM shirts and either knelt or raised their fists during the National Anthem. African American driver Bubba Wallace drove a BLM car in NASCAR, which banned Confederate flags at their events.

Across the woke world of sports, fans will witness a variety of social justice messages this year. They will be featured on jerseys and, in the case of the NBA, the words “Black Lives Matter” were painted courtside in Orlando.

The latest professional sport to begin an abbreviated season is Major League Baseball (MLB). This season, support for BLM will be widespread. The Boston Red Sox proudly displayed a Black Lives Matter billboard near Fenway Park.

Gabe Kapler, the manager of the San Francisco Giants, expressed support for his players kneeling during the National Anthem. According to Kapler, “I wanted them to know that I wasn't pleased with the way our country has handled police brutality and I told them I wanted to amplify their voices and I wanted to amplify the voice of the Black community and marginalized communities as well.”

In response, President Donald Trump tweeted, “Looking forward to live sports, but any time I witness a player kneeling during the National Anthem, a sign of great disrespect for our Country and our Flag, the game is over for me!” While the President obviously is speaking for millions of Americans, his views are not shared by MLB. The organization tweeted “It has never been about the military or the flag. The players and coaches are using their platforms to peacefully protest.” Another MLB tweet read, “supporting human rights is not political.”

Some MLB fans may disagree, for the league did not feature many kneelers prior to this season. This will be a new cause for MLB players this season and it remains to be seen how fans will react.

Will all this social justice messaging be well received by average fans? It will be interesting to see if ratings decline like they did in the 2017 NFL season when players started to kneel during the National Anthem. This year much more is happening after the George Floyd incident, but the question remains, are sporting events the appropriate forum?