Elephant in Biden's room will suck out oxygen, so pardon Trump Featured 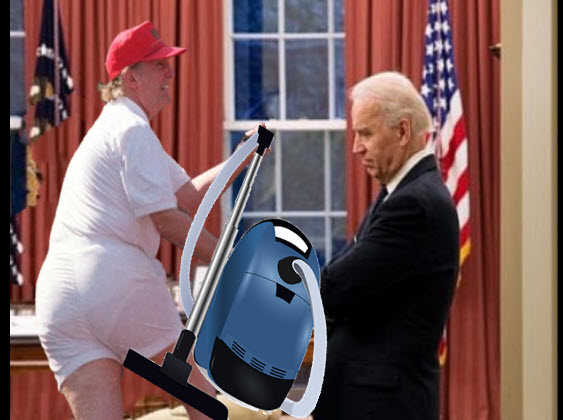 As one of his first acts, Joe Biden should preemptively pardon Donald Trump from a cornucopia of offenses about which we are obligated to presume his innocence unless,and until it is adjudicated to be otherwise.

His niece, Mary, blames the president's father Fred, the Machievelli of public housing in Queens, for the leaky conscience that gave Trump permission to cage children at the border, cavort with dictators, and try to execute as many people as he can before the last of his Diet Cokes is carted away from 1600 Pennsylvania Ave.

Blaming Fred is easy, but misses that he was so busy making money it was unlikely he spent much time molding his most famous son's character. The devil in the penthouse is Roy Cohen, one-time Sen. Joe McCarthy's bird dog. Cohen, was a homophobe who died of Aids, a fearsome opponent who took everything personally and retalited without mercy. A take-no-prisoners lawyer, all that counted was winning. Sound familiar?

To the budding magnate, the words of the nation's then most feared lawyer, uttered during over-priced meals at 21, doubtlessly, were wondrously liberating. Trump's post-mortem reputation may prove to be as enigmatic as that of Cardinal Richelieu of France. When he died the Pope said, "If there is a God the good cardinal has much to account for, and if not, he led a very successful life."

By pardoning Trump, on January 20th, 2021, Biden will save the nation the excruciating spectacle of watching Trump consume vast amounts of oxygen, inspire more animosity, and humiliate himself, his party, and  followers who were not offended when the president proclaimed that he "loved the uneducated." In some quarters that's a badge of honor. Mao made it a virtue during China's Cultural Revolution.

Trump has transcended himself these last four years. No one personality can contain the essence of this man who obviously conflicts even himself. By turns, he can embody Sam Huston, Paul Bunyan, and Paul Revere. In lesser moments, that are mostly the case many believe, his personas more closely resemble those of Arnold Rothstein, Willie Loeman, Citizen Kane, and an avaricious televangelist.

When John F. Kennedy, Jr. was asked if it bothered him that his Father had a notorious affair with Marilyn Monroe, he smiled wryly before saying that it didn't disturb him because the story had become part of the lore of the nation. So it will be with Trump. The outlandishness, the perpetual lying, the self-aggrandizing, racism, cruelty, sexism, greed, and unabashed disregard for anyone other than himself guarantee that he will live in infamy.

While the administration's faults and failures must come to light for the sake of history, there is no benefit to the public, or Trump, by incarcerating him. Doing so would make him a martyr, and he's proven over and over again he is incapable of learning anything from experience.

More in this category: « Rudy's BLOCKBUSTER!! video gives Trump 4-more-years or more shame? No masking over plague and pandemic impacts upon history »
back to top