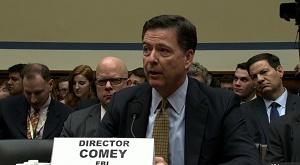 President Donald Trump said he fired FBI Director James Comey for being a “showboat and a grandstander.” If by that Trump meant Comey stood in front of Congressional committees, raised his hand, and swore to tell the truth, then Comey is a showboat. He was, also, the biggest single danger to Trump’s presidency due to an FBI investigation into the Trump campaign and Russia.

Donald Trump threw a Hail Mary pass when he fired F.B.I. Director James Comey at a seminal moment in the Russia scandal swirling about his presidency. Like most desperation plays it’s doubtful this one will succeed.

“Brazen, craven” was how Senator Richard Blumenthal, (D), CN, characterized the Tuesday Massacre of One. The previous day, after a well-run Senate Judiciary Subcommittee hearing, Sen. Lindsey Graham reiterated his intent “to get to the bottom of this.” The need grew more compelling just hours after he spoke.

Former Director of National Intelligence, James Clapper, Jr., and former Acting Attorney General, Sally Q. Yates, testified in a public Senate hearing, on Monday, that they couldn’t testify in public about, mostly, anything of consequence that pertained to Russia’s involvement in the 2016 election. The ostensible reason why was that such information could reveal classified information. The likely result, if this continues, is that any impeachment of President Trump, likewise, will be secret.

FBI Director James Comey testified before Congress that he was “mildly nauseous’ at the thought his actions might influence the 2016 election. The definition of that term is important. A fast ride at Disneyland can be mildly nauseous while a plane caught in a storm can cause passengers to lose their lunch. The conclusion is that Comey isn’t bothered enough to avoid going on the same ride again and that chance is coming, soon, in the scrutiny of President Trump and Russia.

It's either Trump tax healthcare, immigration plans, or let them eat cake 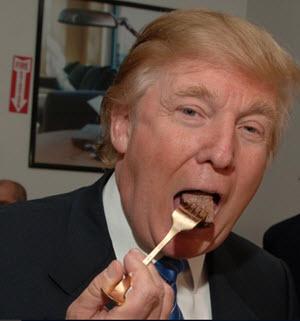 Kids write longer letters to Santa than the less than 200 word, one page, Donald Trump tax code reform proposal. If the concept passes, as Trump envisions, it will be a very Merry Christmas for the rich and corporations. A very, very, Merry Christmas! Yes, Virginia!

Is Trump bugged by Wikileaks dump of CIA tools? 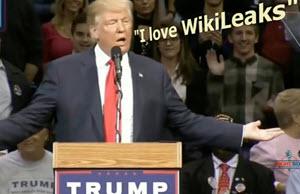 Published in News
Tagged under
Read more...
Page 12 of 12