There are plenty of BIG NFL free-agency announcements today and there will continue to be as the day and week goes on.

According to Fox Sports and NFL.com contributor Jay Glazer, Marques Colston is no longer a free-agent but has decided upon remaining as a Saint as he will reportedly receive “roughly $40 million over five years” with under $20 million guaranteed.

Blaine Kern Artists has responded to a prior press release statement issued today by Blaine Kern Sr. regarding claims made by the elder Kern involving alleged fabrication of information used to procure Louisiana Film Tax Credits issued through the Louisiana Economic Development. 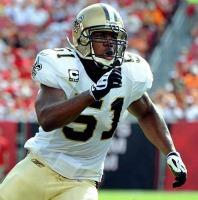 On Monday, Randy Moss will be showing his skills to the San Francisco 49ers who are in strong need for a receiver like Moss. According to reports, the Saints were quite impressed with Moss although he last played in 2010 for three different teams and sat out last year.

Moss had already strutted his stuff last week in New Orleans during the height of the BountyGate story break.

Word is that Saints All-Pro guard Carl Nicks figures his days with the Saints are over. The Saints haven't made contact with the unrestricted free agent who has said he wants to stay with the Saints.

Today, Gov. Bobby Jindal marked the completion of a $100 million expansion at The Procter & Gamble Company's Pineville fabric care facility. The expansion created 105 new direct jobs, and LED estimates the project will result in 567 new indirect jobs. The new jobs pay an average starting salary of approximately $42,000 a year, including benefits. The total of 672 new jobs in the Central Louisiana region is in addition to nearly 400 existing P&G jobs that the company retained with the expansion.

P&G's capital investment enabled the plant and the company to deliver a new product, Tide Pods, their recently released laundry product. Tide Pods are a detergent, stain remover and brightener in a three-chamber unit dose form. The three chambers allow a separation of ingredients so that they mix as they dissolve in the wash water. Tide Pods launched in February. 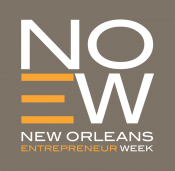 For one, it features over 75 events, including over 45 FREE events open to the public.

This year’s NOEW has attracted high-profile business leaders and partners including Google,

Councilmember Stacy Head, a candidate for the New Orleans City Council at Large in the March 24 election, today announced a five-point action plan that will make New Orleans families safer.

On one issue, President Barack Obama is depressingly consistent. Just this week, he once again sounded the alarm about the dangers of fossil fuels and the need to pursue alternative sources of energy. He is also determined to purse “green” energy projects, despite some well publicized disasters such as Solyndra. In spite of $535 million in federal government loans, the solar panel manufacturer went bankrupt. The administration was able to stage some nice photo opportunities, but the public’s money was wasted. 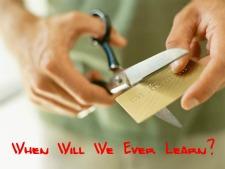 It is the scariest thing I have read in a long time. Unfortunately, it is hard to argue with much of the message it contains. The "it" is a recent Associated Press interview with David Stockman, Ronald Reagan's "whiz kid" budget director.

Stockman, now 65, made headlines back then by pushing first for what was at the time the largest tax cut in history and then later resigning to protest excessive levels of deficit spending. 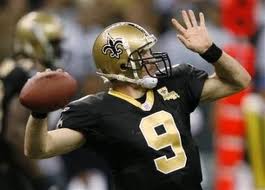 Brees doesn't want to lose leverage in contract talks with the Saints by giving in on offseason workouts. The Saints are in danger of losing guard All-Pro Carl Nicks, No. 1 receiver Marques Colston and deep threat Robert Meachem in free agency.

Without a first-round draft choice thanks to the Mark Ingram trade, the Saints will probably lose draft choices because of the bounty scandal.

Brees Not Signing Tender Raises Question If He, Saints Are Truly Best of Class 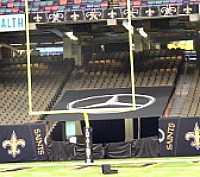 At a time when the New Orleans Saints could be fined (perhaps in seven figures), its players and coaches suspended and even the team forfeiting draft picks, a Jeff Duncan of the New Orleans Times Picayune has told PFT that he does not believe the heart, soul and arm of the team, Drew Brees will sign the franchise tender offer and also would not show up at training camp.

Published in Latest Buzz
Tagged under
Read more...
Page 89 of 100