Will former Jindal aide, Kristy Nichols be allowed to lobby for Ochsner? 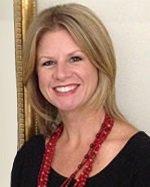 It looks as though Bobby Jindal’s former commissioner of administration Kristy Nichols will finally have to comply with state regulations. Or maybe not.

The Louisiana Board of Ethics, in typical fashion first put the kibosh on any effort by Kristy Kreme to lobby state government on behalf of her new employer—and then promptly withdrew the opinion.

The board was essentially neutered by Jindal during his rush for ethics “reform” in his first days in office back in 2008. Because of those “reforms,” the board lost considerable steam and all its enforcement powers and it now appears it is missing a spine.

And one has to wonder if the Jindalistas had any influence on the decision to withdraw the unfavorable opinion.

Nichols served as Jindal’s commissioner of administration for three years, from October 2012 to October 2015. Those years were marked by consistent budgetary shortfalls, cuts to higher education and health care, the contentious revamping of premiums and benefits for state employees, retirees and dependents through the Office of Group Benefits and the equally controversial privatization of the state charity hospital system.

She also was sued twice by LouisianaVoice over her failure to produce public records in a timely manner. It was in that area that she enjoyed her greatest success by breaking even. She prevailed in the first lawsuit but lost the second one. She still owes a judgment of $800, plus attorney fees and court costs. She chose to spend even more state money in appealing the decision to the First Circuit Court of Appeal.

She announced in September that she would be going to work for Ochsner Health System as a lobbyist. Well, technically, her new title is vice president of government and corporate affairs. While state law precludes her lobbying the legislative or executive branches for two years, there appears to be no prohibition to her lobbying local governments (parishes and municipalities) on the part of Ochsner.

She contacted the ethics board on Nov. 5 through attorney Kimberly Robinson of the Baton Rouge law firm Jones Walker.

Robinson was recently named by Gov-elect John Bel Edwards to be the new secretary of the Department of Revenue and Taxation.

The board last Thursday (Dec. 17) addressed six specific areas about which Robinson sought opinions. The board shot down four of those and took no position on the remaining two because of what it termed insufficient information, according to Walter Pierce of the INDReporter Web site. http://theind.com/article-22377-Ethics-Board-blocks-Nichols.html

A spokesman for the ethics board, however, told LouisianaVoice on Monday that the opinion has been “withdrawn” and the entire matter re-scheduled for the board’s Feb. 19, 2016, meeting.

The opinion initially would have barred Nichols for two years from:

There was no immediate explanation of what the remaining two questions from Robinson concerned.

There are several areas of concern in allowing Nichols to lobby state government on behalf of Ochsner, not the least of which is the agreement between the state and Ochsner during her term that allowed Ochsner to partner with the state in running the Leonard J. Chabert Medical Center in Houma.

In 2013, the LSU Board of Supervisors signed off on the contract containing 50 blank pages. That contract handed over operation of state-owned hospitals in Lake Charles, Houma, Shreveport and Monroe. The blank pages were supposed to have contained lease terms. Instead, the LSU board left those details to the Jindal administration (read Commissioner of Administration Kristy Nichols).

Eventually details emerged about the contracts, including that of the Leonard J. Chabert Medical Center in Houma. And, thanks to the Louisiana Public Affairs Research Council, the picture began to come into focus.

Leonard Chabert Medical Center was opened in 1978 as a 96-bed facility with 802 employees but by the time it was privatized, it was down to 63 beds.

In 2008, a hospital-based accredited Internal Medicine residency program was begun. In 2011, the hospital’s revenue was 47 percent uncompensated care for the uninsured, 29.5 percent Medicaid, 13 percent Medicare, 5.5 percent state general fund and 6 percent interagency transfer from other departments with only 1 percent being self-generated.

When the Jindal administration moved to unload state hospitals, Chabert was partnered with Southern Regional Medical Corp., a nonprofit entity whose only member is Terrebonne General Medical Center (TGMC).

TGMC is slated to manage Chabert with assistance from a company affiliated with Ochsner Health System, Louisiana’s largest private not-for-profit health system with eight hospitals and forty health centers statewide. Terms of the agreement call for a five-year lease with an automatic renewal after the first year in one-year increments to create a rolling five-year term.

The cooperative endeavor agreement (CEA) calls for supplemental payments of $31 million to Ochsner. Small wonder then that the Houma Daily Courierdescribed the deal as “a valuable asset to Ochsner’s network of hospitals” and that the deal expands Ochsner’s business profile.

There has never been a reasonable explanation as to why the LSU Board signed off on a blank contract that the Jindal administration would fill in after the fact. Was it just by chance that Nichols, as Commissioner of Administration, was responsible for that task? And was it just happenstance that two years after Ochsner received that $31 million, it saw the need to bring Nichols aboard just as her employment with the Jindal administration was winding down?

LSU Board of Supervisors handed over University Medical Center in Shreveport and E.A. Conway Medical Center in Monroe to the Biomedical Research Foundation (BRF) even though the CEO of BRF was a sitting member of the LSU board at the time.

Within two years, that deal fell apart and the board and BRF are now involved in complicated litigation.

Meanwhile, the Center for Medicare and Medicaid Services has yet to approve the Jindal/Nichols privatization plan.

More in this category: « Trump calls Clinton Liar, FactCheck names The Donald, King of Whoppers No Governor Jon Bel Edwards's puppets: House Speaker should be independent »
back to top