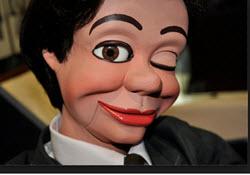 Despite the Republican Party’s loss in the Governor’s race, Louisiana is not a liberal state. The GOP lost because of the many vulnerabilities of U.S. Senator David Vitter (R-LA) as a candidate. Many Republicans and independents refused to vote for Vitter because of his personal baggage.

In a red state of Louisiana, it would be outrageous for Edwards to have unchecked power since he does not ideologically represent the majority of state voters. Overnight, Democrats have not become a popular party in Louisiana as Republican presidential candidates have won the state’s electoral votes in the last four national contests.

Upon his inauguration, Governor John Bel Edwards will be the only statewide elected Democrat in Louisiana. In fact, there is only one Democrat, U.S. Representative Cedric Richmond (D-New Orleans), in the state’s entire congressional delegation.

In the Louisiana Legislature, Republicans hold solid majorities in both the House and Senate. With a new Democrat Governor and former Democrat State Senator John Alario (R-Westwego) as the next Senate President, it is imperative that a true conservative Republican become the next House Speaker.

There are 105 Louisiana House members and Republicans hold 61 seats, a very solid majority. It makes sense that Republicans would want to elect one of their members to be House Speaker.  Certainly, President Obama does not dictate who is elected as Speaker of the House in Congress. Similarly, the Louisiana Legislature should not be controlled or intimidated by the new Governor.

The Republican legislator who will be challenging Leger is State Representative Cameron Henry (R-Metairie). Henry is a solid conservative with a 93% voting record with the Louisiana Family Forum, while Leger has only a 46% voting record. Organizations such as Louisiana Right to Life and the Republican Party of Louisiana are contacting legislators asking them to support Henry. Other powerful political forces, such as Sheriffs and District Attorneys, are calling legislators to lobby for Leger.

Hopefully, Henry will prevail and strike a blow for not only conservatism, but also legislative independence. If not, Louisiana voters can expect a heavy dose of liberalism emanating out of Baton Rouge in 2016.

More in this category: « Will former Jindal aide, Kristy Nichols be allowed to lobby for Ochsner? Trump appealing to Blue Collar Men, the new Reagan grass-roots movement »
back to top