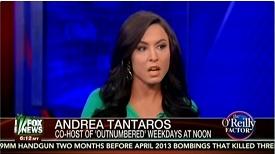 Just why is Donald Trump resonating so well in US political theater?

Perhaps, it is because the blue-collar men, guys who have nothing in common with The Donald at all, feel he is one of them.

The statement by Andrea Tantaros, on The Factor, explains the phenomena, a new but different Reaganesque  movement appealing to Republican and Democratic men.

ERIC BOLLING (GUEST HOST): Andrea, I heard you earlier onOutnumbered talk about this. It is very interesting that half the voters would be embarrassed to have Donald Trump. Yet, they are still nominating him right now.

ANDREA TANTAROS: Yea, because that doesn't matter. That's not why people go to the voting booth and pull the leaver for someone, whether or not they embarrass them or not. They do it out of, sometimes fear, but also, who do they like the most and who represents their values? And I think you see something very interesting with this poll, Eric. People and especially in other polls, blue-collar voters which is why President Obama attacked Trump head on in that NPR interview seem, to be gravitating towards Trump. Now this is a demographic, Eric, the Democrats have said they've owned, they claim this. But he, Trump, is giving a voice to blue-collar male voters. When you look at Hillary Clinton, she is not galvanizing women the way that she should be. Men in this country, Eric, and you talk about this all the time on The Five, the wussification of America. Men have been emasculated, they have been feminized by the left that has pushed this on a culture. And they do see Donald Trump as somebody who speaks for them.

More in this category: « No Governor Jon Bel Edwards's puppets: House Speaker should be independent Cruz recording about Gay Marriage could cause him political heartburn »
back to top