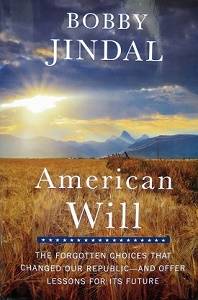 Yes, you heard me say the ”Jindal budget disaster".

Yesterday, incoming Commissioner of Administration Jay Dardenne lowered the boom during a press conference, addressing a mind-blowing $2.65 billion budget hole to be filled by June 31 with roughly $750 million of that amount needed to plug a dam about to burst in the upcoming months.  Which means, Louisiana, which is celebrating the so-called “Jindal miracle”, could be out of money before the legislators meet for their regular session this spring.

Oh, but it’s not really Bobby Jindal’s fault, some are saying.   It’s Jon Bel Edwards, he is a “liar”.

You heard it.  Some Jindal supporters who are also die-hard angry backers of David Vitter are claiming that Jon Bell Edwards is lying, that he knew how bad the budget problem was since he is a legislator, and that he lied to the voters about not raising taxes, so he could get elected.

Believe it or not.  That is what some of my Facebook friends are saying who, I believe want to divert the blame from Jindal and other republicans and want to pin the donkey on the incoming governor, Edwards.  The fact is, Jindal is primarily to be blamed just as Obama is the target on the federal level.  Remember Obama, the guy who was Jindal's punching bag when the governor ran for Obama's White House desk?  And, yes, republican and democrat lawmakers have culpability as do we average Joe's. This is our mess but some of us simply have greater culpability.

So the question becomes how bad is the budget problem and what did John Bell Edwards know while campaigning this fall?

Here are some of Dardene’s comments when he dropped the payload of miseries at the press conference:

"This is the clear view, the true picture for where we are today. It's not pretty, it's not sugar coated. It's just the facts and it's the truth”.

"all options are on the table"

“We are going to speak the truth, frankly and boldly.  “We are ending the era of gimmicks and trickery. We’re blowing away the smoke and breaking the mirrors regarding the state budget.”

“The economists tell us our budget is set up to spend money we won’t have,”

SHOW ME THE LACK OF MONEY
For now, it has been reported that the most immediate crisis is a $700 to $750 million hole for the current fiscal year.  Which means, despite what Governor Jindal told us all that he would balance the budget, he has not done so.

Who are the big losers for now who are watching a potential cut-off of funds before June 31 2016, the end of this year’s fiscal year?

STOP THE BLEEDING, I WANT TO GET OFF

So, where is the bleeding coming from that is not only causing the more immediate problem, fixing the current year’s budget shortfall, but plugging the estimated $1.9B gap expected for the following budget, starting July 2016?

Oil revenues—for every dollar of oil drop per barrel, it will cost Louisiana $12 million

Last month, shortly after Bobby Jindal returned from his ego-driven pathetic run for the presidential roses, he told reporters that the problem would not be passed onto the next administration.

But, Dardenne says, the budget problem is being passed on and it is much worst than expected

After Dardenne’s presser, Jindal’s office released this statement from the governor:

"The state budget is balanced, like it has been every year for eight years in a row. We made a choice not to raise taxes for eight years and instead to cut the size of government in order to balance the budget. Raising taxes hurts job creators and small businesses," was the response from the Jindal camp. "Raising taxes would be an easy way for government to be flush with money again, but we have always believed and continue to believe that raising taxes is the wrong approach for our economy."

Which is easy for Jindal to say since he has not identified what he would cut and how he would cut it?  Just where would he recommend that the State of Louisiana cut the $750 million by mid-year or the projected $1.9M for 2017 budget?

Keep in mind, last year, for one, Jindal didn’t make the cuts he claims to have made in government.  According to the Louisiana Association and Business and Industry Stephen Waguespack, who was essentially Jindal’s hand-picked candidate for the top business job, the legislature and Jindal raised roughly $700 million dollars this past spring during the last budget crises.

Oh, and back then too, Jindal told us he would be balancing the budget and would not leave the burden on the next administration.

As mentioned, some of the right-wing defenders of Bobby Jindal and former supporters of David Vitter from the recent election are now claiming Jon Bel Edwards told us during the campaign that he would not raise taxes and now that he is raising revenues, he lied to us.

First, the Louisiana business industry will tell you that the state raised taxes on them by the $700 million, this past year, so raising revenues by cutting tax credits and other incentives to them, is a tax.

Jon Bel Edwards always said throughout the campaign, he would raise revenues.  No surprise here.  The issue has always been—which tax would be raised for if you buy LABI’s definition of a tax on business, removing the benefits industry previously received, is a tax.  Being honest and stating that , keeping everything on the table because of the recent revelation of a bigger hole, is simply expanding the options.   The bottom line, somebody’s ox will be gored by raising revenues.  Anybody following the candidates in the recent campaign has known this.  Nobody, not even Vitter has ever said, we would simply cut and not raise revenues.

It is also too easy to throw around the word, “lie” which is what some of these angry anti-Edwards people are doing.

A lie is someone knowing a fact and making a statement about that fact knowing the statement is deceiving.

So, if Edwards did not know the extent of the problem, as it appears nobody did, not even David Vitter or any of the other candidates who ran for governor or legislators who ran for re-election, how would Jon Bel be lying?

The news of the bigger hole than expected is sudden and unfortunate.

In November, only days before the runoff election between Edwards and Vitter, the Revenue Estimating conference ruled that the state treasury was about $487 short from being able to meet its bill for the budget year.

Add to the mess, Jindal promised to fix the problem, but has not done so.

Then add to the mix even further—the drip, drip, drip of the oil and natural gas prices, taxes and royalties, the decline in sales tax collections and corporate income taxes.

According to The Advocate, “Together, the numbers collected since the REC met show a new $400 million to $450 million shortfall for the fiscal year that ends June 30.”

The predictable responses by those who want to blame Jon Bel Edwards for the Jindal mess is, don’t raise revenues, just cut.

We hear others say, cut the fat.

Guess what?  We will do much of this, if not more.  But, before telling us to cut and not raise revenues, give us specifics—which universities do we cut?  What departments do we eliminate?  For a state which has the worse roads and highways in the country, what highways do we not repair?  Which Charity Hospital do we eliminate?  How do we balance the budget without taking the Medicaid Expansion money, which these same folks are telling us not to do?

Saying “cut” is an easy piece of cake.

Doing it, is a different sip of caster oil, altogether.

Last spring, when Jindal proposed his lunatic SAVE plan, his republican supporters went along with him because they did not want to close down the Universities.

Now, they will get a chance to revisit the same issue.

More in this category: « Donald Trump, winner of Ringside Politics Award 2015 Louisiana schools should be run as if football coaches led them »
back to top