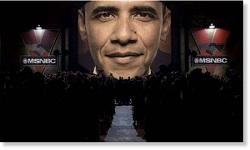 President Barack Obama opened up the gun control debate for Election Year 2016 with an executive order intended to reduce gun violence in the United States.

Obama said that the action is constitutional and is favored by Americans.  All Republican candidates have come out in favor of protecting the 2nd amendment rather than controlling guns.  So far, the only major voice running for President, who is supporting greater restrictions is Democrat Hillary Clinton.

THE PRESIDENT:  Happy New Year, everybody.  Before the New Year, I mentioned that I had given the charge to my Attorney General, FBI Director, Deputy Director at the ATF, and personnel at my White House to work together to see what more we could do to prevent a scourge of gun violence in this country.

And although it is my strong belief that for us to get our complete arm around the problem Congress needs to act, what I asked my team to do is to see what more we could do to strengthen our enforcement and prevent guns from falling into the wrong hands to make sure that criminals, people who are mentally unstable, those who could pose a danger to themselves or others are less likely to get them.

And I’ve just received back a report from Attorney General Lynch, Director Comey, as well as Deputy Director Brandon about some of the ideas and initiatives that they think can make a difference.  And the good news is, is that these are not only recommendations that are well within my legal authority and the executive branch, but they’re also ones that the overwhelming majority of the American people, including gun owners, support and believe.

So over the next several days, we’ll be rolling out these initiatives.  We’ll be making sure that people have a very clear understanding of what can make a difference and what we can do.  And although we have to be very clear that this is not going to solve every violent crime in this country, it’s not going to prevent every mass shooting, it’s not going to keep every gun out of the hands of a criminal, it will potentially save lives and spare families the pain and the extraordinary loss that they’ve suffered as a consequence of a firearm getting in the hands of the wrong people.

I’m also confident that the recommendations that are being made by my team here are ones that are entirely consistent with the Second Amendment and people’s lawful right to bear arms.  And we’ve been very careful recognizing that, although we have a strong tradition of gun ownership in this country, that even though it’s who possess firearms for hunting, for self-protection, and for other legitimate reasons, I want to make sure that the wrong people don’t have them for the wrong reasons.

So I want to say how much I appreciate the outstanding work that the team has done.  Many of you worked over the holidays to get this set of recommendations to me.  And I’m looking forward to speaking to the American people over the next several days in more detail about it.

TALK ABOUT THIS BELOW.  DO YOU SUPPORT OR DISAGREE WITH THE PRESIDENT'S EFFORTS

More in this category: « Louisiana's blogger, CB Forgotston will not be forgotten Obama releases Gun Control executive action fact sheet »
back to top