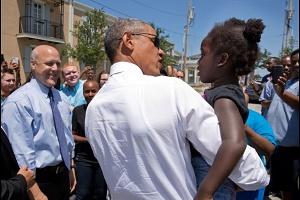 On Thursday, a hearing will be conducted by U.S. District Court Judge Carl Barbier to review the lawsuits. Obviously, the Landrieu administration is confident that they will prevail in federal court. To act in advance of the court ruling shows how little regard Landrieu has for the legal system. It also shows that he is unconcerned about city finances. Supposedly, New Orleans is on financial life support. Otherwise, the city would have not to double parking meter rates or property taxes. Yet, sending work crews to the monument sites will cost money and these initial expenses will be wasted if the court decides that the monuments should stay. It seems money is no object when the goal is to tear down history and remove Confederate monuments.

Not only is the administration moving forward with the monument dismantling process, it is also getting the funding in place, even though the actual cost to remove the monuments is in dispute. The experts on the issue, the Monumental Task Committee, have quoted an estimate of over $1 million to properly remove the monuments. In contrast, the city of New Orleans claims it will only cost $170,000 to eradicate the monuments.

This amount will be paid by an anonymous donor who will not be revealed to the public. The donor will deposit the funds into an account with the Foundation for Louisiana, who then pay the city of New Orleans for the removal. Since the foundation is a private entity, it does not have to reveal the name of the donor to the public.

So, public monuments will be publicly removed supposedly for the good of the public, but the costs of the dismantling will be paid by a private foundation through a private donation. This is corrupt, insider politics at its worst. The whole process is typical of how Mitch Landrieu governs. It is being handled in a secretive way, totally divorced from transparency which is the hallmark of good government.

Under Mayor Mitch Landrieu, city business is often handled in the same way, typical old style politics with insiders and friends of the administration getting city contracts and business.

For example, the monument removal is being done by a mysterious company in Baton Rouge, H & O Investments.  This company has no known expertise in removing historic monuments, but the owners are obviously friends of Mitch Landrieu.

Flozell Daniels of the Foundation for Louisiana said that his organization will not reveal the donor’s name and is involved in the issue because they are supportive of the position held by “a majority of residents in the city.” Mr. Daniels is just plain wrong. According to a UNO poll conducted in December, only 34% of New Orleans residents support the monument removal, while 43% oppose the effort. Sadly, Daniels is mimicking Landrieu and not only disregarding the will of the people and overlooking the historical value of the monuments, but pursuing a left wing, politically correct agenda.

It is an agenda that has not served New Orleans well in the past and it is not serving the city well in this sad case.