How New Orleans has changed our history, future 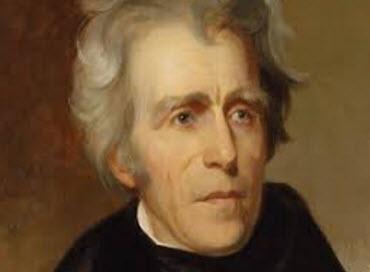 Two hundred years ago this month, Louisiana was the center of a major turning point in both American and world history. The War of 1812 was the first time in the short time of the nation’s history that the U.S. had declared war, and the three-year conflict came to a final struggle at the Battle of New Orleans. The major victory over the British by a small group of ragtag Louisianans launched America on to the world stage, and the new nation became a significant power. But it also just might have caused a domino effect that changed the course of world history.


New Orleans had always been a major target for the British. The Queen City of the South was the largest American metropolitan area west of the Atlantic coast, and the major outlet for U.S. exports world wide was through the Port of New Orleans. But General Andy Jackson and his motley band of rogue Bayou stators held firm and were immortalized in Johnny Horton’s lyrics:
We fired our guns and the British kept a-comin’
There wasn’t nigh as many as there was a while ago
We fired once more and they began to runnin’
On down the Mississippi to the Gulf of Mexico
But what if the British had prevailed? What if America had become a territory under the British Commonwealth similar to Canada at the time? How would the world be different today? Let’s start with the Civil War. Britain outlawed slavery throughout the British Empire in 1833. Without slavery, one can well argue that there would have been no Civil War. Remember that every other slave nation abolished it without any battles. Britain certainly would not have allowed slavery to continue throughout the Americas.
And without the Civil War, New Orleans could well have been the trade and financial center of the nation for the next century. No reconstruction, no carpetbaggers, and no share cropping that kept poor farmers, black and white, in continual servitude. So a good argument might be made that British abolition of slavery, and America as a member of the Commonwealth, just could have been the best outcome for Louisiana.
America would become a reluctant warrior in World War I that began in 1914. When U.S. interests became at risk with American supply ships to Britain under attack, President Woodrow Wilson declared war on Germany in April of 1917. Germany misjudged U.S. economic involvement in Britain and assumed it would stay out of the war.
But what if the British had prevailed at the Battle of New Orleans and the U.S. was a part of the British Commonwealth when Germany considered attacking England? They would have considered that a giant ally full of natural resources, a major world trader, and a flourishing nation would have come to Britain’s defense right from the first sign of German aggression. Would Germany still have attacked England with such a major partner at its side? Simply put, would the full scale of World War l have even taken place to begin with?
And without World War I, would there have been a World War II? After Germany’s defeat and their surrender as part of The Treaty of Versailles, the Germans were bitter in their downfall over the demanding repatriations imposed by the victorious allies. An obscure painter named Adolf Hitler was elected German chancellor after the war, running on a platform of tearing up the treaty and rebuilding Germany to days of glory. Germany again took on Great Britain. But would Hitler have even emerged without Germany’s loss in World War I?
Oh yes, the whole scenario could seem pretty far-fetched? And maybe it is. But when one domino falls, it can often begin a cause and effect that is unpredictable. What seems pretty clear is that there is a real possibility the course of human history could well have been affected by a handful of Louisianans banding together to fight the British at the Battle of New Orleans.
*******
“The domino effect has the capacity to change the course of the entire world.”
J.D. Stroube
Peace and Justice
Jim Brown
Jim Brown’s syndicated column appears each week in numerous newspapers throughout the nation and on websites worldwide. You can read all his past columns and see continuing updates at http://www.jimbrownusa.com. You can also hear Jim’s nationally syndicated radio show each Sunday morning from 9:00 am till 11:00 am Central Time on the Genesis Radio Network, with a live stream at http://www.jimbrownusa.com
- See more at: http://www.jimbrownla.com/blog/?p=14964#sthash.BsOYJVZc.dpuf
Tweet
Tweet
Published in News

More in this category: « Louisiana business: Idea Village, BRAC, Jefferson Chamber, JEDCO, technical workshop Would MLK think his dream turned into a nightmare? »
back to top