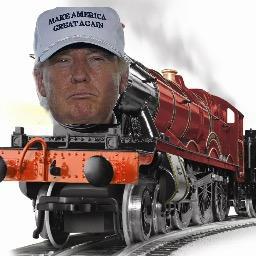 This week, he received a coveted endorsement from former Alaska Governor Sarah Palin, a Tea Party darling. This will undoubtedly help him in Iowa, South Carolina and other states. He was also endorsed by the Duck Commander, Willie Robertson, who said that Trump was a “real leader” who epitomized “success and strength.” As usual, he was also interviewed on numerous TV programs touting his campaign success.

His week was made even better by the unrelenting attacks against him by Fox News hosts, such as Megyn Kelly, who gave plenty of air time to guests lambasting Trump as an inauthentic conservative. Yet, what Kelly and others need to realize is that these attacks will just make Trump supporters even more committed, while increasing their anger at the media.

Last night, Kelly continued her anti-Trump crusade by starting her program with a panel of conservatives who penned anti-Trump columns for theNational Review magazine. In fact, the magazine editors devoted their entire “Against Trump” edition to criticizing the Republican Party presidential front runner.

In true Trump fashion, he responded by labeling National Review as a “dying paper” and lamenting that the founder, “The late, great William F. Buckley would be ashamed of what had happened to his prize.” It was remarkable to see a conservative magazine devote an entire issue to stopping one candidate. Never before had the magazine gone to such lengths to stop moderate Republicans like Gerald Ford, George H. W. Bush, Bob Dole, George W. Bush, John McCain, or Mitt Romney from winning the Republican nomination.

In fact, the National Review and Fox News and many others in the Beltway conservative media are very comfortable with a “neo-con,” or moderate winning the nomination. With Trump, there is incredible discomfort for his is a very different type of Republican presidential candidate.

Unlike the other candidates, Trump is self-financing his campaign, so no donors will have any influence over him. He will not be controlled by GOP power brokers on special interest influence peddlers. Thus, he is hated by the right people, namely the Republican establishment. In contrast, conservative hero Senator Ted Cruz received $12 million in Wall Street donations, second only to Jeb Bush among Republican presidential candidates. Cruz also faced criticism last week when it was revealed that loans totaling $1 million from Goldman Sachs and CitiBank were not disclosed in his 2012 U.S. Senate campaign. While Cruz claims it was a “paperwork error,” others believe he was trying to hide his Wall Street ties.

Cruz has been running on a very conservative platform, but he rarely discusses his work as campaign legal adviser and later Deputy Attorney General in the George W. Bush administration. It was Cruz who recruited future Supreme Court Justice John Roberts to the Bush legal team during the 2000 Florida presidential recount fight. His wife, Heidi Cruz, also worked in the Bush administration as an economic and national security adviser before joining Wall Street firm Goldman Sachs.

Obviously, Cruz is not an outsider, as some are portraying him. The real outsider is Donald Trump and this is upsetting many Beltway conservatives.  Unlike the other GOP presidential candidates, Trump is extremely strong on the issue of border security. He was the first to champion a border wall and claim that Mexico will pay for it. He wants to deport the illegal immigrants and stop Muslim immigration into the country. This is not popular with many leaders in the Republican Party who are in favor of open borders and want the cheap labor of illegal immigrants. They are controlled by crony capitalists who have benefited nicely from traditional Republican leadership, but would suffer greatly if Trump is elected President.

On other issues such as trade, Trump presents a nationalist stance that is steadfastly against the United States running massive deficits with countries such as China and Japan. Many so-called conservative leaders are in favor of so-called “free trade” and have no problems with the United States running massive deficits. They support the Trans Pacific Partnership, a massive international trade deal that is an attack on U.S sovereignty. Cruz initially supported the trade deal, and then flipped his position as he has done on a number of other issues, including amnesty for illegal aliens.

At this point, the conservative movement is split with many supporting Trump and others supporting Cruz, despite his Wall Street ties and inconsistent positions on key issues. Trump is the best choice because of his non-political background and his ability to expand the Republican coalition. For the first time in decades, the GOP could attract working class voters, Reagan Democrats, if Trump is the nominee. As evidence, witness any Trump rally and look at the type of people in attendance. It is a cross section of all socio-economic classes, the type of support any candidate will need to win a presidential election.

While Cruz still has to worry about a lawsuit challenging his eligibility for the presidential campaign as a “natural born citizen,” and may have to answer a judicial call to action, Trump has to answer to no one, but the people of America.

More in this category: « Testy talk of Jindal, Kennedy, Edwards and Louisiana's fine mess Treasurer John Kennedy hopes 3rd run for U.S. Senate will be charm »
back to top