Louisiana ranks 22nd in US in gun dependency, Idaho, 1st 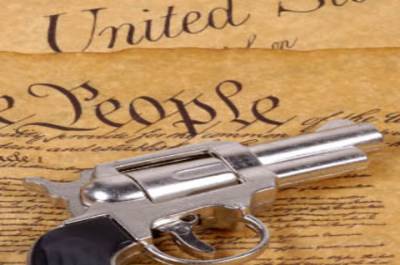 Despite the political influence of the gun industry in Louisiana, with almost any legislator or Louisiana politician wanting public office, the gun industry's impact and the state's dependency is relatively insignificant compared to some other states.

In fact, Louisiana only ranks 22nd, with Idaho being the most dependent and Delaware, being the least.

So, says a Survey, just released by WalletHub.

Here are the state rankings and below is the commentary from WalletHub:

As mass shootings and police-brutality incidents spawn a constant stream of headlines, the American right to bear arms has grown to become one of the hardest conversations of our time. But the impact of guns on the nation’s coffers is another matter of debate.

On one side of the coin, the gun industry plays an important role in the U.S. economy. By oneestimate, firearms and ammunitions contributed a total of nearly $43 billion to the economy in 2014. That figure accounts for more than 263,000 jobs that paid $13.7 billion in total wages, according to the report from the National Shooting Sports Foundation. In the same year, federal and state governments collected from the industry more than $5.79 billion in business taxes, plus an additional $863.7 million in federal excise duties.

But the losses from gun violence certainly put those gains in perspective. A recent analysis by Mother Jones estimated the cost of fatal and nonfatal gun violence at $229 billion in 2012. According to the authors of the report, that toll “would have been $47 billion more than Apple's 2014 worldwide revenue and $88 billion more than what the US government budgeted for education that year.”

In light of the recent changes to state gun legislations and President Barack Obama’s executive orders on gun control, WalletHub’s analysts took a closer look at the arms and ammunitions industry in each of the 50 states and the District of Columbia to determine which among them depends most on gun business both directly for jobs and political contributions and indirectly through firearm ownership. Scroll down for the results, additional expert commentary and our detailed methodology.