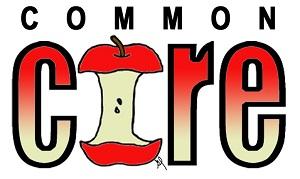 Not all Jindal-era lawsuits are being shelved as earlier this month, Edwards, Attorney General JeffLandry, and Department of Health and Hospitals (DHH) Secretary Rebekah Gee announced that the Attorney General’s office would assume active management of two cases involving DHH.

Today, Governor John Bel Edwards announced he was directing his executive counsel to drop the lawsuit initiated by the former administration regarding the state’s adoption of the Common Core State Standards (Jindal v. US Department of Education (US DOE). This lawsuit is currently pending on appeal before the US 5th Circuit Court of Appeals.

The No Child Left Behind Act, through the Race to the Top Program, provided potential financial incentives to states adopting the Common Core State Standards. The Every Student Succeeds Act recently adopted by Congress supersedes No Child Left Behind. This new federal education act, coupled with the process required by law to develop and implement Louisiana standards nearing completion, makes it both educationally and financially unnecessary to pursue this litigation.

“It does not benefit students to continue to use time and resources to pursue litigation that no longer has any bearing on classrooms in Louisiana,” said Gov. Edwards. “Instead, we need to focus on doing everything possible to provide students and teachers with the support they need to ensure a quality educational system.”

This request for dismissal further means that Gov. Edwards will terminate a $375,000 state contract with Faircloth, Milton, and Keiser, the firm hired by the previous administration to represent the state in the Jindal v. US DOE litigation.

“I promised the people of Louisiana sensible and responsible budgeting and my decision to terminate this now-unnecessary lawsuit represents the kind of cost-saving efficiencies that hardworking Louisianans deserve in their government,” said Gov. Edwards. “My administration will not continue the practice of wasting taxpayer money on lawyers and lawsuits that instead could be much better used in the classroom.”

More in this category: « Louisiana blew it with Iowa caucus Honest budget-talk needed from Jon Bel Edwards, Louisiana lawmakers »
back to top