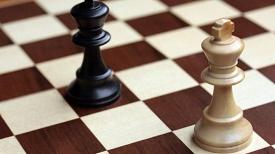 Meanwhile, we are facing the worst fiscal problem in history and at the center of the storm are the words--credibility, honesty and candor.

And, what we are witnessing are all sides trying to put one another into check.

Governor Jon Bel Edwards contends he did not know how bad the budget was when he was campaigning and that things have worsened since then by a factor of two.

The conservatives, many republicans and even some media disbelieve.  They claim this lack of knowledge is a fraud, a deception and, at best, utter incompetence.  They demand, “he knew”, or otherwise say, “he should have known”.  Their proof?  Simple: “He was a legislator”.

They also insist that Louisiana needs to cut first and if it cannot slash anymore, then, it’s  time to raise revenues.  Interestingly, the word “tax” is rarely uttered.

At issue is Jon Bel Edwards’ credibility and the success of his agenda.

Edwards indeed has not helped himself.  He has already taken a hit with the recent revelations that his salaries for his executive staff do not square with a campaign statement in which he criticized Jindal-administration “exorbitant” salaries.  Then, he stated this would not occur on his watch.

This reversal fell right into the game-plan of some conservatives and the LAGOP want to tag him as “a liar”.  This way, they hope Louisiana voters won’t believe his budget claims one iota.  Already, they insist the budget talks are the usual Democratic Party “scare tactics”.  If those opposing JBE are successful in casting doubt, on Edwards’ veracity, they would hit the combined prize--the political super ball and jackpot.  Louisiana will be forced to cut rather than raise taxes.  Edwards would get the blame for the cuts, even if they were caused by Team Jindal, a willing legislature and oil.  Edwards will be viewed as ineffective and the architect of the healthcare and higher education demise.  The GOP happy days would be here again in only four years.

Forget the fact that the legislative chief economist Greg Albrecht said in a recent Bayoubuzz interview that the budget numbers were not known until December, after the elections. Nevermind that neither Edwards, nor even Vitter would have known the horrible fiscal condition until mid-winter, not on November 24, election day.

The response, so far, from a number of conservatives and some republicans is basically “hog-wash”.  “He knew”.  Which proves to me that facts never satisfy some haters.  The truth is a mere inconvenience, an obstacle, when chasing down an enemy.

But, in reality, it is not just Edwards’ credibility on the line.

There’s the voice of our treasurer, John Kennedy, who now doubles as a US Senate candidate.  Kennedy questions the budget numbers and the hole dept.  He is also a believer that those pushing taxes are in “fear tactics” mode.  His positions present an interesting intrigue.   If Kennedy is correct and the hole was never as wide and deep, then the opposition surely can’t claim Edwards knew during the elections that the budget was as bad as the governor is now claiming.

Then, there is the “candor” of our legislators?  With the governor so under attack for allegedly now manufacturing a need to raise taxes, why are our lawmakers as speechless as a clam?  If Edwards knew of our severe budget mess at election time, wouldn’t they have known, too.  Why don’t they tell us what they knew or should have known?  They could clear the air of suspicion and doubt?

After all, if trust is lacking when discussing taxes and cuts, will we believe anyone?

The Edwards administration has presented a menu of cuts and “revenue-enhancers”  while presenting its “bad case scenarios”.  So far, the response from the opposition is loud--”you told us you would not raise taxes”  Read our lips, no taxes”.

However, few, if any, have told us how to quickly raise $700 to $800 million to absorb the budget crises hitting us before June 30.   If no new cash for the treasury, than, what will those cuts be?  And, can we do them and still provide levels of services which will do more good than harm?

It is easy to say government is too fat.  What’s difficult is saying what you’re going to squeeze until you no longer can stand the pain.

Cameron Henry, the new Chair of the House of Representatives Appropriations Committee recently reminded us there is much more fat to shave, or at least, his delegation says so  "I think revenue raisers to start off with are probably going to be a little difficult. I think members want to see cuts first". He also said during the interview, "Though higher ed general fund dollars have been cut a little bit.I would think most University officials and students would question the accuracy of that appraisement.

"The truth might set us free, but  truth “coming free”, it does not.  There will be a deep cost and we all know it, as much as we now refuse to say it.  Revenues will be raised and some of that money will be taxes. The fastest way to raise a pot of money immediately, before the end of June is through the sales tax--which Edwards advocates.

What Louisiana sorely needs as we struggle through these days of budget horror is “honest talk”, by our politicians on both sides of the aisle.

Republican legislators need to reveal their knowledge to avoid tainting Edwards’s credibility.   They also must start articulating which programs they will ax.  Edwards’s budget is days away, what is their alternative? Saying, “no taxes or even “cut-first and then we’ll see”, honestly, won’t cut it.  We want to know which services will be denied, whose neighborhoods will be without and whether or not, we will be better off.

Kennedy needs to give us real numbers about what can be cut, and not just a campaign spiel. His numbers are in ranges and vague.  He has great ideas, but do they add up to 750 million for this year and $1.9 billion for the following fiscal year? In my opinion, not even close.

And Governor Edwards has the greatest burden to provide us with real “honest talk”.  Indeed, his critics have a right to question his decision to do an abrupt reversal on the executive salaries. He pledged to us that he will not lie to the Louisiana voters.  Everything he says will be scrutinized through the lens of honesty by friends and foes, alike.

Louisiana is facing tough times. Edwards is promising us no more “JIndal-like” smoke and mirrors.  That is great, but not enough.  Louisiana needs an honest discussion about what the state can afford--now that the good-life and shopping spree, is over.

We don’t need political posturing and misinformation from Edwards, Kennedy, Henry, republicans, democrats or those wanting to destroy the future of the Edwards administration or impugn the “Jindal-legacy”.

We need honest talk, the willingness to listen and to believe others.  Only then can we believe in our own future.

That’s a tough task for all of us.

Are we all ready?