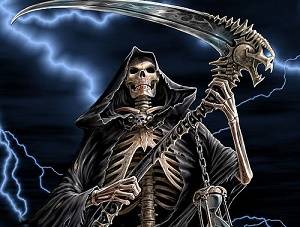 Treasurer John Kennedy, who is running for US Senate is speaking the loudest, claiming, we should look to the billions the state spends in state contracts.

In a column today, Kennedy shared a report showing exactly what the state spend two years ago in contracts, 2014-15.

Kennedy, a Republican, said in part, "Louisiana families and Louisiana businesses are being asked to cut their budgets so Louisiana state government does not have to cut its budget. Before we enact the largest tax increase in the history of our state, we should review these 4,017 new consulting contracts and the other 19,000 that the state has with an eye towards saving money. Those contracts that are not as important as universities, public schools, roads, health care, coastal restoration and our other priorities should be eliminated. The remaining consultants should be asked for at least a 5% discount.

These simple actions could save millions of dollars for Louisiana taxpayers. We don't have a revenue problem nearly as much as we have a spending problem.

Perhaps the Treasurer is right, we have a spending problem.

So, here's my sincere recommendations how to fix it and hopefully, the Republicans, when they offer their demands that we cut rather than spend, agree:

All state elected officials and their top staffs should undergo a 30-35% cut in salary, effective March 15.

After all, Kennedy and virtually all republicans are saying we should cut, not spend.  Currently, the only area to cut is healthcare, higher education and K-12, the first two taking major hits the past year with Bobby Jindal cuts.   Students are now paying 60 percent of their tuition from 20 percent before Jindal took office. So, what's left?  Salaries and contracts?

Or, do we dismantle Jindalcare and his contracts that skyrocketed to 10 billion from 4 billion in one year?

I would imagine our elected officials would be the first to volunteer to cut their salaries, don't you?  After all, this would be a way to lead by example.

Certainly, the oil companies, the movie industry, the liquor industry and I can name more, but time won't allow, don't want us to touch their stuff.

Big business is ready to call Jon Bel Edwards a socialist for trying to raise revenues after its own favorite son-Bobby Jindal, left the state with a hole so deep, you can see iowa.  Or, is it New Hampshire?

So, this is where we should start cutting.

Cut our state elected officials and upper staff 30 to 35%.

Call it a Republican cut.  A Jindal cut.  A Democrat tax and spend cut.  Don't care.

Let's help our elected officials and their staff stand up and show us the way into the black.

And, by the wasy, let's let Treasurer Kennedy tell us what part of those healthcare contracts he wants to cut?  And, is he willing to cut the $5 million in contracts his office lets out?

Times are grim. Let our leaders show us the way.
Tweet
Tweet
Published in News
Tagged under

More in this category: « LAGOP tells TV stations it wants time to respond to Edwards budget speech US Senate candidate, Kennedy to give Republican speech to Jon Bel Edwards TV budget talk »
back to top