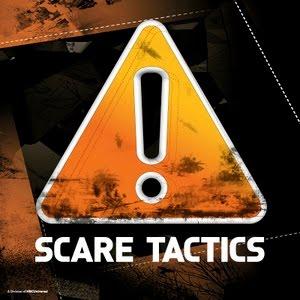 Viewers of Gov. John Bel Edwards’ televised speech to the public prior to the start of the Louisiana Legislature’s 2016 First Extraordinary Session should not let the transparency of his tax-and-spend agenda and the insufferableness of the way he pursues it distract them from what needs to doing to resolve the state’s current and future budget difficulties.

At different points in the address, which probably few people saw, Edwards said “nor would we falsely claim ‘the sky is falling,’” “I don't say this to scare you,” and “These are not scare tactics. Then he proceeded to try to say things exactly to frighten viewers, by describing all sorts of scary scenarios that bear only passing resemblances to reality, framed by a distortive statement at the start that the state faced its largest budget deficit in history.

Correct in absolute numbers – but only representing about 4 percent of the budget this year and 8 percent next year. When former Gov. Buddy Roemer took over in 1988, the roughly $900 million shortfall stood at 12 percent of a budget then only 30 percent of the size of today’s that led to cash flow problems the state today is nowhere close to experiencing. As Louisiana slogged its way through the crisis then, this on face indicates the situation does not merit the doom and gloom Edwards assigns it today.

And Edwards spoke of draconian scenarios that faced the state that would occur only either because of deliberate decisions to sacrifice important objectives for less important ones precisely as a political ploy or that cannot happen because of legal obligations. For example, some attenuation of Medicaid New Opportunities Waiver services that assist people with the most severe disabilities may occur as a result of efforts to balance the budget, but federal law and court settlements would prevent any large-scale retrenchment or abandonment of it.

Also lacking credibility is Edwards’ claim that some higher education institutions would close before terms finish and leave students hanging; any severely-affected institution simply could furlough employees some hours a week and get through the end of the term. And as summer school at colleges operates on a pay-for-itself system, with sections taught only if enough sign up for these to cover salaries and overheard, that is not at risk. (Although Edwards showed he had enough smarts to deliver the scariest possible scenario for many in Louisiana to spook them into begging for tax increases: stating that without finding substantial new revenues “That means you can say farewell to college football next fall.”)

Ironically, some of what Edwards posited as frightening if happening (“unimaginable cuts to vital state services”) would do the state a world of good. “With larger cuts looming next year, safety net hospitals will close, starting in places like Lake Charles, Alexandria and Bogalusa,” he warned. Yes, please; while the hybrid private-public relationships that exist for operating all but one of the state’s existing charity hospitals work more efficiently than the previous state operation of them, selling (most of; retain the New Orleans and Shreveport teaching hospitals) them to private operators and paying out only Medicaid reimbursements would save even more money.

Edwards did say, after a couple of weeks of criticism wondering why he seemed unwilling to take this step, that he would use his authority to shave $160 million in cuts to state government – although he could have gone for more than three times that. And, as he has done before, after castigating policy-makers of the past for using “one-time money” fixes, he reiterated that he would use $200 million already tapped for other purposes courtesy of a court settlement that threatens to open up the state to more fiscal liability if diverting those proceeds.

But recognize this exercise for what it is: an attempt to panic the public into accepting a bloated state government for what it is and into abstaining from making the structural changes necessary to right-size it. Perhaps most telling about Edwards’ reluctance to cut uncontrolled state spending came that he mentioned he wanted permanent changes to corporate income tax credits to raise revenues and which comprised the vast majority of the contents of his special session call, he said not a word about another item in it: unlocking dedications and rerouting funds from lower- to higher-priority uses – precisely what Roemer did – where judicial decisions on this account could obviate the need for any tax hikes.

Edwards plays upon fear to attempt to use this crisis as a way to lock in a size of state government three and a quarter times its size a quarter-century ago, while missing his own hypocrisy in claiming “I am going to be honest with you. No more tricks. No more smoke and mirrors,” when all he presents are false choices and dichotomies. The public and legislators should not allow fear to win out and must let reason rather than emotion guide public policy budgeting and fiscal decisions that lead to a more appropriately-sized, smaller state government not needing to take more from the people to fund.

More in this category: « A Governor Edwards scare tactic? LSU Tigers at risk? Inside view--UNO's Dr. Chervenak Governor Edwards: Students on TOPS this year, no cuts, next year, program funded 25% »
back to top