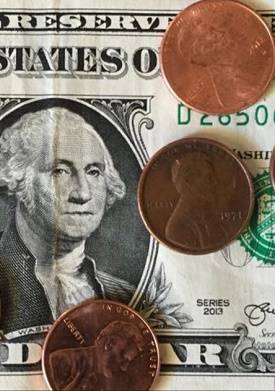 There are not many choices Louisiana now has to deal with the immediate problem of raising roughly $940 million dollars before the end of the ffiscal year, June 30.

In part 3 of an interview with LSU economist James “Jim” Richardson, who has been the economist for the Revenue Estimating Conference, sales tax is the only vehicle to raise enough money quick enough.

Also, in questioning whether Treasurer John Kennedy, who said that Louisiana officials were overplaying (exaggerating), the fiscal budget problem and that taxes were not needed, Richardson responded that he does not know how Kennedy came up with the much lower revenue figure.

As you watch the video above, if the transcript closed caption does not automatically appear, simply click on the CC  on the video.  Also, if you want to read the entire transcript, email us atadmin@bayoubuzz.com and we will send it to you.

Chat about this interview

SOME OF THE MAIN POINTS:

“The problem with the sales tax, if you need to raise money right now, the sales tax is is probably the only tax to go to, in terms of getting big dollars of that amount, and you're right, if they raise the sales tax, from 4% to 5%, and if they expand the base to those items that are now exempt we can declare $220  to $225 million in the last three months”…..

“But the one that really counts the most is by far the sales tax. And that's the one you can do, you can administer, you can get the money flowing very quickly there”…..

“I think, look at the different years, look at this fiscal year we're in now 2016 and I don't know how John came up with $300 million number, but I think for this year everybody was agreeing that, ok, it was at least $750 million and then when we met again because prices of oil had dropped even more and other revenues were not coming in as we anticipated we thought it was much more prudent to talk about 900 million or 940 million dollars.”

More in this category: « Dr. Richardson: Almost impossible to make up $900M Louisiana budget deficit in three months WARNING: Online video is on fire, are you ready? »
back to top