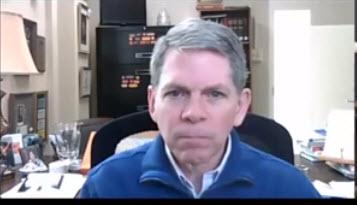 What are the students at LSU thinking about when they hear the prospects of their semester closing down in mid-term due to the lack of funding?

What should the state legislature do to quiet those concerns at LSU and elsewhere across the state given Louisiana’s severe budget shortfall which has left the state roughly $940 million dollars in the hole for this very fiscal year and the roughly $2 billion shy for next year, starting July 1 2016?

How do you cut about 3 billion dollars worth of services currently being provided from state government?

Should the sales tax (which passed the House on Thursday afternoon) proceed through the legislature to cut the shortfall?

Can we continue to provide business the type of incentives for doing business in this state or are we simply subsidizing their activities?

What role is Treasurer John Kennedy playing, as he runs for US Senate, in ensuring that government run efficiently, not bloated?  Or, is he being a demagogue as he discussing cuts to government contracts and fixing the budget woes?

These were just some of the issues discussed Thursday morning, when I interviewed Bob Mann.

Earlier this week, I had interviewed the economist for the Revenue Estimating Conference, LSU’s James “Jim” Richardson, who probably knows more about the budgeting process, the economy and revenues than anybody else in the State.  After all, Richardson is one of the four people who have equal votes in projecting a number that the state can anticipate in revenues for the upcoming year.

So, on Thursday, I was interested in getting the perspective of one of the most vocal and effective critics of the former Republican Louisiana Governor Bobby Jindal administration, that is, Robert “Bob” Mann, professor at LSU Manship School of communications and weekly columnist for The Times Picayune.

(Note: I am also scheduled to interview Stephen Waguespack of LABI, from the business industry and others who share perhaps contrary views).

Below are just some of the highlights (CLICK ON THE CC ON THE VIDEO TO READ THE CLOSED CAPTION TRANSCRIPTION) from the interview with Mann.  The highlights below include the specific time stamp passage, so you can find the specific part of the video by simply moving the horizontal scroll bar (at the bottom of the video) to that specific segment.  I encourage that you watch the entire video of the interview, because you surely don’t want to miss anything.  However, if you would like a full text transcription, simply email at admin@bayoubuzz.com:

SOME OF THE HIGHLIGHTS

“people are worried here on campus, the students are really worried, because of the talk about having to potentially cancel the semester before it ends and what that means for graduation, and what it means for student athletes, people seem to be concerned about the impact of the football season than they do on the abilities of some students to graduate in May.”

And he timed it perfectly in a way, he set this time-bomb to go right off after he was out the door and Jon Bel Edwards is the one who may pay a political price for fixing this mess that Jindal left

so we have a net revenue collection problem for taxes. When you look at specifically at corporate taxes, corporate income taxes and franchise taxes, corporations paid a billion, we essentially subsidized corporations by about a $1.2 billion last year and to say that, for Steve Waguespack and the business community in this state to say that there overtaxed--is to deny reality.

John Kennedy, for example, was the one pointed this a couple of weeks ago, I mean inadvertently, but he noted that the we decided to give a very generous tax exemption to the oil and gas industry--at a time it was making record profits, the horizontal drilling exemption--we missed the opportunity to capture about $1 billion in revenue, at a time when the price of oil and gas was very high.

we should not fool ourselves into thinking that, there is time, in these next 10 days to enact a lot of those reforms--got to balance a budget this fiscal year, there's work that needs be done long-term to correct a lot of these problems and to institute these inefficiencies including I think dealing with the contracts.

Well I think he's doing something that what anybody who's familiar with propaganda techniques is for me with and that is, he's taking worst case, the worst cases, the most egregious sounding cases and pretending that they represent the whole.

--there's a bill that passed narrowly, yesterday to unlock the statutory dedication money. I'm not sure that that is going to survive intact because the we really want to do away with the indigent defendant board, do we want to say that people who are accused of a crime no longer have a right to an adequate defense, and one of the implications for our criminal justice system