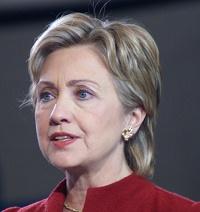 This Saturday, March 5, voters in the Bayou State will go to the polls to vote in what has been a raucous political circus, better known as the presidential preference primaries.

Four other states – Kansas, Kentucky, Maine, and Nebraska – will also have political caucuses or elections on this same day, so it will be interesting to see how much attention is given to Louisiana by the national news media.

One of the reasons, of course, is that most of the attention will have been focused on Super Tuesday, March 1, where 14 states will have political activity relative to the presidential primaries and as many as 25% of delegates are up for grabs.

Louisiana has 59 Democratic delegates to be awarded and the Republicans have 46.  They are proportionally awarded to candidates based on the percentage of the vote they receive.

No Party/Other Party registrants will not be allowed to vote in either of the party primaries.

What could skew the results in Louisiana is the fact that there are 10 Democrats on the ballot and 14 Republican candidates.

So, if you are going to be a serious voter, here’s the deal.  As a Republican, you should vote for one of the five remaining candidates – Dr. Ben Carson, Ted Cruz, John Kacich, Marco Rubio, or Donald Trump.  As a Democrat, there are only two main candidates to choose from – Hillary Clinton and Bernie Sanders.

But one can probably bet the farm that other candidates on the ballot in both parties will receive some votes, either in fun or in protest.

To be sure, Louisiana has been merely a blip on the radar screens of the candidates and the national news media.  Some candidates have visited the state, but it was mostly for fundraisers or private functions.

And very little polling has been done in the state with regard to the presidential race.  Public Policy Polling did survey the Democratic race on February 17. The result was Clinton 60% and Sanders 29%.

The last poll taken on the Republican side was back in September by WWL-TV/Clarus.  It had Carson up by four points over Trump.  But Chris Christie, Carly Fiorina and Jeb Bush were included in the survey.  The three have since dropped out of the race.

On some ballots Saturday will be the elections for the Democratic and Republican State Central Committees and Parish Executive Committees.

Of interest also is the race for the vacancy on the 2nd Circuit Court of Appeal, created when Judge James Stewart was elected Caddo District Attorney. But only registered voters who live in this majority-black subdistrict will get to cast ballots.

In Greenwood, voters will choose a new mayor between Gary V. Cook and Frank Stawasz.  Both are Republicans.

And Fire District 8 has two propositions on the ballot.  For info, go to caddovoter.org.

More in this category: « Your Latest updates, information on Bayoubuzz Louisiana Legislature page Louisiana budget, John Bel Edwards, Legislature in state of stalemate while business rep falls »
back to top