Death of a Louisiana legislative session 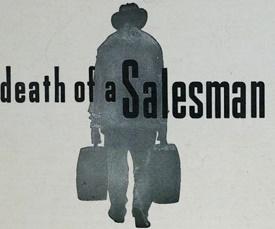 “The only thing you've got in this world is what you can sell.”

― Arthur Miller, Death of a Salesman

Like the Arthur Miller’s famous salesman, Willie Loman, the legislature appears to be committing suicide and most likely, very few will be attending the funeral.
In the play, Loman suffered from a loss of identity and the inability to understand and ultimately to accept change within his environment, society and himself.
With less than 120 minutes left to go in a special session to deal with a mega-crises that could shutter universities, hurt businesses, destroy healthcare as we want to know it, harm the state’s credit rating, the Louisiana House and Senate are shut down, with panic and uncertainty in the air.


Like Loman, Louisiana, has lost its identity over the past few years, especially after the rise of Governor Bobby Jindal who saw the state as his personal playground romping across the nation peddling, a false sense of Louisiana and an untrue statement of who he is.
During the Jindal days, Louisiana gave the store away to business and with the collapse of the oil prices, it is fractured and broke. It has not accepted the reality that it no longer is controlled by one party. Today, Republicans control the legislature, Democrats the governor’s office with John Bel Edwards.
Worse, Louisiana has not come to grips with the threats of DC politics and Grover Norquist. It no longer sits among the strong oaks of the Louisiana Way, whose roots are embedded to serve the people who call it their home.
Today, unless a miracle occurs, Louisiana will commit suicide fiscally. The world will know that party loyalty and outside forces are more important than solving problems.
Indeed, the only thing Louisiana has in this world is to sell itself. It’s real self, not the lies told by our last governor and by interlopers.
With two hours left unto the shooting, it’s high time to take stock of our new reality.
Either we live among ourselves, by ourselves, or we perish.
Nothing else will sell. #lalege Tweets
Last modified on Wednesday, 09 March 2016 22:12
Tweet
Tweet
Published in News

More in this category: « Why the hysteria over Trump, Clinton, Sanders and Cruz? They are only us Louisiana House GOP says solved budget, but conservative group threatens legislators »
back to top