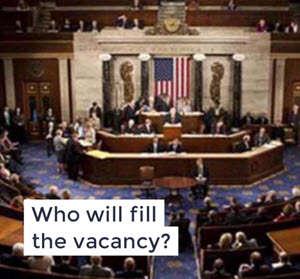 While the Fax-Net publishes all polls, a word to the wise is sufficient.  The most viable polling is done by independent pollsters.  In other words, one has to look at who conducted the poll and who paid for it.
That’s not to question the integrity of a pollster who is being paid by a candidate or a candidate’s supporter or supporters.  It’s just something to keep in mind.
With that said, here are the results of the poll from the Fayard campaign:
State Treasurer John Kennedy (R) – 30%.
PSC Foster Campbell (D) – 15%.
Attorney Caroline Fayard (D) – 14%.
U.S. Rep. Charles Boustany (R) – 11%.
U.S. Rep. John Fleming (R) – 9%.
Former state Sen. Troy Hebert (I) – 7%.
Retired AF Colonel Rob Maness – 6%.
Former U.S. Rep. Joseph Cao (R) – 3%.
Businessman Josh Pellerin (D) – 2%
Undecided – 2%.
Three polls on the Senate race have been taken recently.  The one constant is that Kennedy, who has the highest name recognition, continues to be the frontrunner. That could change as other candidates become better known to voters.
The smart money is betting on a runoff between a Republican and a Democrat.  Therefore, it’s a given that the race will get a lot more interesting and contentious as the campaigns move forward.
Let’s look at how things stand when you average the three most recent polls, which probably gives the most accurate picture.  We are using only those candidates who analysts consider the most viable and have been involved in all three polls.
John Kennedy (R) – 29%.
Foster Campbell (D) – 13%.
Charles Boustany (R) – 11%.
Caroline Fayard (D) – 9%.
John Fleming (R) – 7%.
Rob Maness (R) – 4%.
We anxiously await the next poll.