If David Duke runs for Congress, could he impact Presidential, national elections? 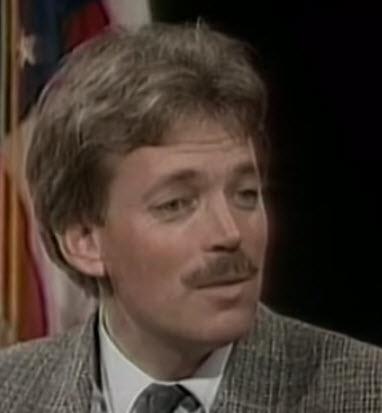 On Tuesday, David Duke, the ultra-right wing pro-European White, ex-convict, told a news publication that he was considering running for US Congress.

This would not be Duke’s first attempt to be a Congressman.  Years ago, he ran against David Vitter and others, only to do poorly.  Since then, Duke has spent a spell in jail, has visited Russia, Iran, created a website and promoted his anti-Semitic rubbish on the cyber airwaves.  Should he run, he will be facing Congressman Steve Scalise in Congressional District 1, who happens to be number three in the House of Representatives power hierchy.

The notion that Duke could be competitive against Scalise could be viewed as ridiculous, especially since Scalise is very popular in the district, although some Republicans are angry at him for not disassociating himself from the establishment.

According to the reports, Duke said he will make up his mind in the next few days whether to run.

So, what might happen should Duke decide to run for Congress?  Will it be a non-story?  Perhaps.  But, maybe not.  After all, Donald Trump is sucking out the oxygen out of almost all media stories.  And Hillary Clinton, who under normal times should be creaming Trump, is struggling with an ongoing email scandal preventing her from gaining momentum.

Yet, enter Duke into the national political discussion?

Will it just be a Louisiana story, one that is short-lived, at that, should Duke poll as low as one might suspect, should he were to declare himself to be a candidate?

But, what if he catches on and comes out of nowhere as he did during the nineties?  What if he, by virtue of his celebrity status and far-freaking views, makes himself relevant by comparing himself and his campaign to that of Donald Trump’s presidential efforts?

Chances are, he won’t, but what if?

This is a question I raised today via a video conversation editorial.  Should Duke show even the possible presence of being competitive, don’t be surprised if the former Grand Wizard of the KKK, the neo-Nazi, the virulent minority hater, becomes an issue in the Presidential and other national elections.

Watch my video to hear my reasons that he could play a role this November.