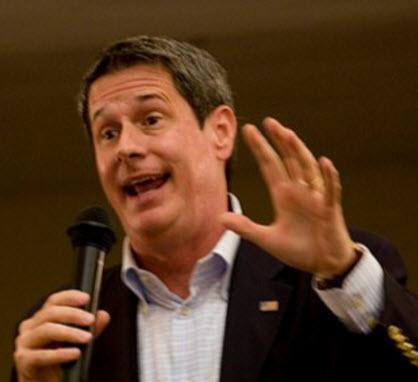 The general consensus among the political class in Louisiana is, with the victory of a democrat for the Governor’s mansion, last year, the US Senate Race will be contest between a republican and a democrat, in November.

Currently, Treasurer John Kennedy has a substantial lead, but, we saw what occurred in the Governor’s race last year, republican US Senator David Vitter’s poll advantage whittled as the months advanced.  Of course, one major difference between the 2015 Louisiana Governor’s race compared to the upcoming November US Senate race, is the fact that there are two major Democrats competing for the job this year, whereas, last year, the dems only fielded one entry, John Bel Edwards, who went on to defeat Vitter in the runoff.  After losing, Vitter opted not to run for re-election to the US Senate.  As a result, there will be a vacancy, which these candidates are trying to fill.

On Wednesday, we featured part one of a series with Louisiana pollster and political analyst John Couvillon of JMC Enterprises.  He discussed the Democratic candidates for US Senate, Caroline Fayard vs. Foster Campbell.  Today, we present, part 2 of a three-part series.  The focus today is upon the Republican side of the election equation.

Below are short segments of the comments he made about the Republican candidates.  Please watch the video playlist (also below) to obtain the complete comments which are presented via CC, closed caption.  If the transcript does not immediately start playing in the video, kindly click on the CC underneath that video.

ABOUT CONGRESSMAN CHARLES BOUSTANY
This is interesting because here is when you have competition within the factions of the Republican Party, so what I see right now is, if you want to stereotypically say there is a more, "moderate" establishment wing of the Republican Party, that to me is Congressman Charles Boustany. Has one very major advantage and that is a very strong base in Southwest Louisiana that is not really close up by other candidates.

ABOUT CONGRESSMAN JOHN FLEMING, COL. ROB MANESS AND TROY HEBERT (who actually is running as an independent).

“You do have Congressman John Fleming, who does have Tony Perkins's endorsement. He is working very hard for the evangelical vote….

Col Rob Mannes, who of course, ran before 2014. Maness's strategy, it seems to be this time, he's touting a lot of national conservative endorsements,….

You also have the wildcard of Troy Hebert, who is running as an independent, but he's basically tying himself to Donald Trump……

“John Kennedy, in my opinion--his advantage and his disadvantage--so John Kennedy does not neatly fit in any of those ideological pigeonholes. What works and what is also his weakness for him, is that-- because his support is so broad and general, that also means that it's very easy to be taken away.”

(Above is the video playlist, consisting of 3 short videos including the closed captioned transcripts.  Part 3 of the interview, tomorrow)

More in this category: « If David Duke runs for Congress, could he impact Presidential, national elections? Louisiana legislature working exactly as intended, in conflict »
back to top