The day Brett Favre could have been a New Orleans Saint 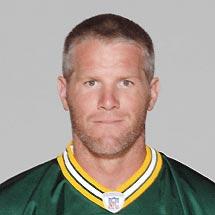 by Jim Miller
Sorry that the cancellation of the Pro Football Hall of Fame game delayed your football Jones for another week. But hang in there! You can make it until Thursday when our local heroes open the 2016 preseason at New England. Although a game where the starters might go in for one series is not what Saints fans have been waiting nearly eight months for, but it IS football. Kinda sorta. And Who Dats did have the opportunity to both cheer and gnash their teeth during the Hall of Fame induction.

There was a definite New Orleans flair among the inductees, some eliciting pleasant memories and others not-so. Eddie DeBartolo, Jr., owned the 49ers Evil Empire that the Saints never seemed to conquer. Kenny “Snake” Stabler limped through the end of a great career when he played the Saints from 1982-84. Dick Stanfel was interim head coach during an abysmal 1980 season. But among the inductees lurks the largely unknown fact that Brett Favre could have played the bulk of his Hall of Fame career in a Saints uniform. You never heard that? Well, here’s the story:

The Saints had a marvelous year in 1992, finishing 12-4 before blowing a two-touchdown lead in the fourth quarter and losing a shocking playoff game to Philadelphia. Defense was the team’s strength, and GM Jim Finks still had not forgiven QB Bobby Hebert for his season-long holdout in 1990. Hebert’s contract had expired, and Finks was more than willing to let him go and look elsewhere. We signed journeyman Wade Wilson for the 1993 season, which suddenly darkened with Finks' illness. Despite a 5-0 start, the team limped home with an 8-8 record.

Coach Jim Mora and player personnel director Bill Kuharich started working to fix the most critical position on the field. Interestingly, the Packers had a young QB who was a restricted free agent and might be available. Brett Favre was a Mississippi boy from Kiln, less than an hour from New Orleans, and had grown up a Saints fan. He was more than willing to come in for a visit. Kuharich arranged for Favre to visit the Saints facility and work out for Mora and quarterback coach Carl Smith. As the primary contracts negotiator, I also witnessed Favre’s workout. This all must be put into the context of time. We were not watching a certain Hall of Famer that sultry morning but a 24-year-old quarterback in his third year in the League.

Even then, Favre was known as an erratic gunslinger. He had thrown 19 touchdown passes in 1993, but he also had thrown 24 interceptions, and his passer rating of 72.2 was near the bottom of all starting quarterbacks. The Packers had gone 9-7, but their quarterback was far from a finished product. Kuharich and the coaches insisted that Favre’s visit include a workout, and Favre readily agreed. That turned out to be a bad decision. Favre’s throws that morning to a forgotten receiver were long, low, high and short. I remember the expressions of those watching ranged from disappointment to disbelief.

Nobody issued Finks' standard line when cutting players – “give him an apple and a road map” – but we thanked Favre for coming and sent him on his way. It was clear the Saints would not make an offer that the Packers could match anyway, but it always made me wonder "what if" Favre had blown our socks off during that workout and we had gone all-out to sign him? It would have avoided the next three frustrating years with Jim Everett at the helm followed by a decade of pretenders in the “BB” era, before Brees.
What if?
Jim Miller is former Exec. VP of the New Orleans Saints

More in this category: « Couvillon's Georgia poll: Trump down by 7; Says next few weeks critical Is America being conned by anti-Trump, Khizr Khan »
back to top