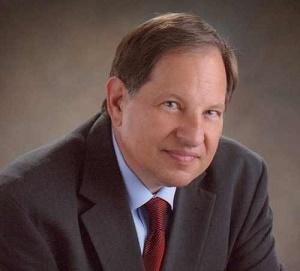 A recent non-story shed some light onto the growing bunker mentality of the Gov. John Bel Edwards Administration.

My colleagues at The Advocate took the bait when they witnessed exchanges between Richard Carbo, the Democrat governor’s spokesman, and the state’s Republican Party, over a rumor floated by a tabloid web site that attempts to cover Louisiana politics. The original “story” they referenced alleged that Edwards had put out feelers to switch to the GOP.

Republican state Chairman Roger Villere subsequently put out a statement eschewing any desire to have Edwards join the party. That went without saying: there’s no Republican politician in America, governor or otherwise, who has beat the drum consistently for bigger government, higher taxes, raising the minimum wage, and following the myth of pay disparity down the rabbit hole, among other things. It makes no sense why he would want to consort with people believing the opposite of these.

(And there’s no reason to think the original allegations had any credibility, given the source. As a case in point, on one occasion I participated on a talk radio program with the guy who runs the site. During its course, he voiced several head-scratchers, but went totally off the rails when, in a conversation about school vouchers, he claimed that they existed only to benefit wealthy, white families, when in reality the program applies only to lower-income families and ethnic minorities comprise nearly 90 percent of clients.)

But then Carbo reacted exceptionally defensively in replying that that the idea was ludicrous and accused Republicans of starting the rumor. That makes even less sense: Edwards came out a bigger loser than winner in his 2016 dealings with the GOP-led Legislature and went into full retreat mode when he recently said he would call a special session that would include no tax increases to bridge a deficit, despite bellyaching all last year of the vital necessity of increased revenues. And the crushing win of Republican Sen. John Kennedy over an Edwards ally in the recent Senate race confirms that the baseline partisan distribution in Louisiana makes an Edwards reelection attempt hazardous.

With Edwards on the run, why bring him into the fold? If anything, the most believable scenario would have Edwards allies floating the idea either as a potential lifeline to shore up Edwards’ reelection chances – there are enough Republicans-In-Name-Only out there who use the label to get elected despite liberal views on fiscal issues, such as Edwards’ law school classmate state Sen. Ryan Gatti – or as a tactic to reduce the heat Republicans place upon him. Yet, as Villere’s reaction showed, with Edwards’ position becoming less tenable, the GOP would have no reason to help him up off the canvas. And, Carbo’s reaction hints that perhaps the mouthpiece doth protest too much.

As Carbo himself noted, the original conjecture as far as news was “laughable.” Yet a genuine story emerged from his reaction to it: the alarm bells going off among Democrats coming to grips with the fact that their agenda looks dead in the water. It illustrates their thinking that any hold they have on policy-making power in Louisiana seems more and more certain to evaporate within the next three years.